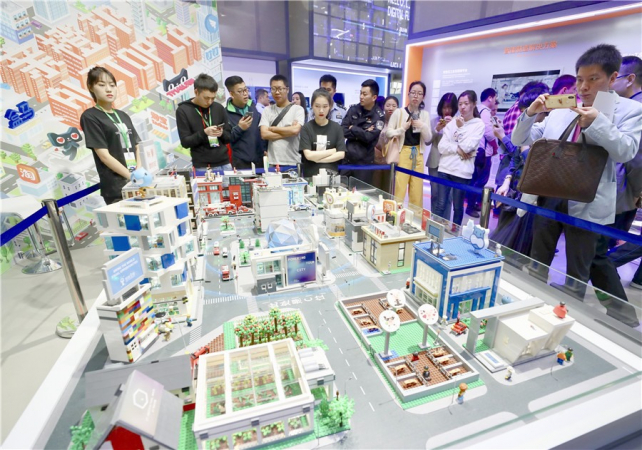 China will step up efforts to bolster the platform economy, including ride-hailing, e-commerce and industrial internet, as part of efforts to nurture new economic drivers, top industry officials said on Thursday (August 8).

The platform economy refers to the use of internet and advanced technologies in businesses, such as shared bikes, online shopping, takeaways and online medical care.

During the first six months of this year, major Chinese internet companies saw revenue rise by 17.9 per cent on an annualised basis, while internet platforms helped add over 60 million jobs in 2018, Sun said at a news briefing of the State Council Information Office.

Cai Tuanjie, head of transportation services at the Ministry of Transport, said on Thursday that China will look to level the playing field to attract more ride-hailing companies. Currently there are around 30 million orders for ride-hailing services in China every day.

"The ministry will come out with some supervision rules to drive the development of new transportation formats including ride-hailing, shared bikes and online rental cars. We will also tweak entry barriers at the provincial level to fuel growth," he said.

The ministry's move comes close on the heels of the recent State Council guidelines, which promised a raft of measures to bolster growth of the platform economy. The business climate will be further optimised and the approval procedures for new platforms will be further streamlined, it said.

Industrial internet, an important part of the platform economy, has witnessed rapid development in the past years and started to take root and blossom in the country.

According to China’s Ministry of Industry and Information Technology, there are more than 50 industrial internet platforms with regional or sector-wide influence in the country. Also, an increasing number of applications are being commercialised with each platform owning 1,500 apps on average.

Many existing Chinese companies have already beefed up their presence and gained momentum in the industrial internet segment, with improved efficiency and management via introduction of new technologies in the assembly lines.

An example of this is SAIC Maxus Automotive Co, a subsidiary of carmaker SAIC Motor Co, which allows customers to tailor vehicles in their platforms with the help of the industrial internet.

Wang Rui, vice-president of SAIC Maxus, said the company's compounded annual growth rate has risen by over 60 per cent because of the platform, despite the overall downturn in the global vehicle industry.