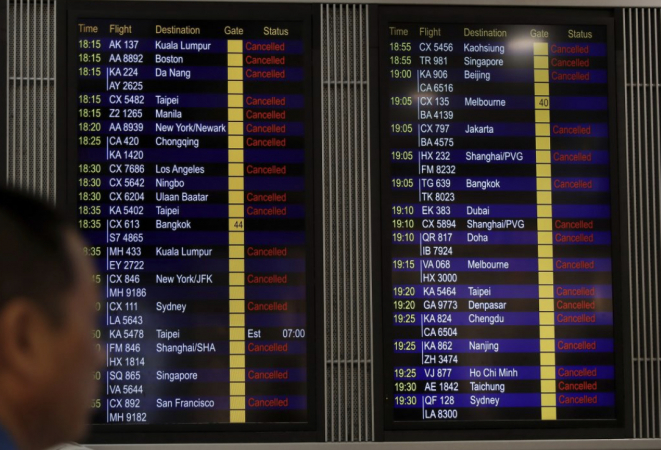 TAIPEI (The China Post) – Hong Kong International Airport canceled all flights out of Hong Kong for the rest of the day after thousands of anti-government protesters descended on the airport.

Demonstrators donned eye patches at Lantau Island hub, one of the world’s busiest international airports, in anger after a girl was allegedly hit with a police beanbag.

Airport chiefs said inbound flights already in the air would be allowed to land, but any flights which had not departed would be delayed.

This is the fourth straight day of protests as anti-government demonstrations have continued to escalate.