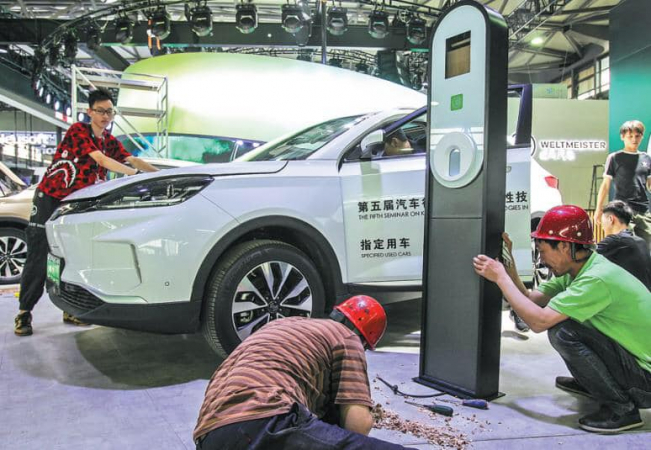 Workers install a charging pile for a new energy car from WM Motor at an expo in Shanghai. (Photo: China Daily)

In July, Volkswagen, FAW, JAC and Star Charge established a joint venture, and WM Motor, an emerging leader in the Chinese electric passenger vehicle market, signed a contract with charging pile operator TELD to focus on development in this area.

On August 1, Didi Chuxing and the UK energy heavyweight BP announced that they had agreed to form a new joint venture to build electric vehicle charging infrastructure in China, the world's largest market for electric vehicles.

China is expected to sell 1.6 million new energy vehicles in 2019, up 30 per cent year-on-year, according to a projection by the China Association of Automobile Manufacturers (CAAM).

The number indicates an explosion of charging infrastructure development and more capital will flow into the industry to build an ecosystem for EV charging, industrial insiders said.