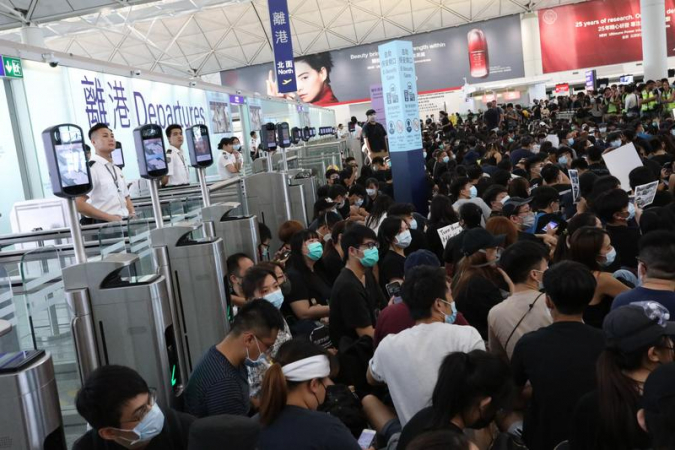 By By China Daily & Agencies/ANN

HONG KONG - Hong Kong's airport canceled all remaining flights for second day after protesters took over terminals in the afternoon after reopening early Tuesday in order to start rescheduling flights.

In a press statement, Hong Kong International Airport said all check-in service for departure flights had been suspended since 16:30 pm. "Other departure and arrival flights for the rest of the day will continue to operate, and airlines will provide arrangements for passengers who have not completed the departure process," reads the statement.