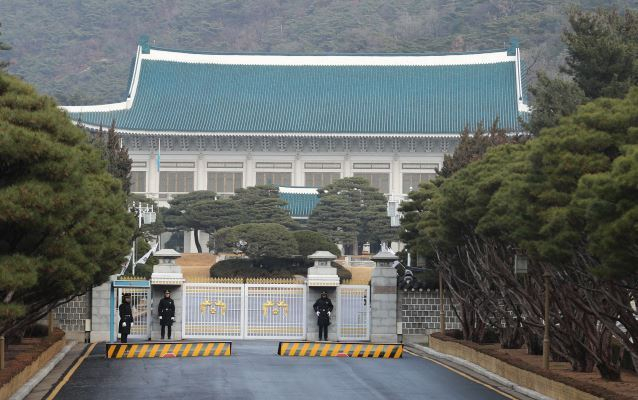 Nearly six decades have passed since South Korea and Japan signed a treaty to normalize diplomatic ties in 1965, but their relationship has been fraught since then with continued bitterness over the history of Korea’s colonization.

Now, as the relationship of the “frenemies” hits a new low with a budding trade war, Seoul has hinted at scrapping a military intel-sharing pact with Tokyo. But while South Koreans are unified in denouncing Japan’s increased controls on exports to South Korea, opinions are split over whether it is appropriate to use the military information-sharing agreement to hit back at Japan.

While some raise concerns that withdrawing from the bilateral agreement would spread the conflict to the security realm, opponents argue it is not right to share confidential military information with a country that does not trust Korea.

GSOMIA as an option to pressure Japan

The General Security of Military Information Agreement, the military agreement between Seoul and Tokyo, was first signed in November 2016 as part of efforts to bolster military ties.

It was encouraged by the United States, which seeks a strong bond with its Asian allies to guarantee security operations in the region against possible threats and pressure from North Korea and China.

With GSOMIA, Seoul and Tokyo agreed to exchange confidential military information of similar levels at each other’s request, although they are not mandated to provide requested information if they choose not to.

While not much has been revealed about the information the two countries exchange, South Korea is said to provide information including human-source intelligence, signals intelligence and imagery intelligence. Japan’s major intelligence assets are six satellites, six Aegis destroyers and 110 maritime patrol planes.

As of July 31 this year, information has been swapped 26 times since the agreement was forged -- once in 2016, 19 times in 2017, twice in 2018 and four times this year. The spike in information exchanges in 2017 is said to be due to the series of North Korean nuclear and missile provocations amid tense relations.But with Japan’s July 4 measures imposing restrictions on exports to South Korea of key industrial materials, Seoul has mulled options to respond. On July 18, presidential director of national security Chung Eui-yong said the government may review renewing the information-sharing pact, “depending on the situations.”

Seoul’s Defense Ministry also said such consideration is needed, for Japan “raises issues of lack of trust with (Korea) and security-related problems.”

The agreement, which is set to automatically renew annually, can be scrapped when one side chooses to end it 90 days before the end of the one-year period.

Japan has said it wants to keep the GSOMIA. With this year’s deadline slated for Saturday, Cheong Wa Dae appears to be taking a “strategically ambiguous” stance, weighing options until the last minute.

“Better late than never: If Japan chooses the path of dialogue and cooperation, we will gladly join hands,” Moon Jae-in said Thursday, in his Liberation Day address commemorating the end of Japan’s colonial ruling of the Korean Peninsula in 1945.

Moon’s remark appears to indicate a toned down posture, acknowledging the possibilities of resolution as the trilateral meeting of foreign ministers of South Korea, Japan and China is scheduled from Tuesday to Thursday in Beijing.

While keeping his distance from affirming on any decision, the deputy chief of Cheong Wa Dae’s National Security Office Kim Hyun-chong stressed that South Korea also needs to strengthen its own power to depend less on other countries, economy- and defense-wise.

“(Boosting national defense) is to bolster the South Korea-US alliance. China has more than 30 reconnaissance satellites and Japan has eight, but we have none,” Kim said in a local radio interview on Aug. 12, adding that Korea should also launch five or 25 reconnaissance satellites. Agreeing to the presidential official, many ruling lawmakers and left-leaning faction support abolishment of GSOMIA, believing that it does not make any sense to share confidential information with Japan, which “threatens“ Korea’s security.

”Japan lays claim to (South Korea’s) Dokdo Islets as its territory and it removes Korea from its trade whitelist, but it wants to keep GSOMIA? I believe that is just contradictory,“ four-term lawmaker Rep. Song Young-gil of the ruling Democratic Party of Korea said in a parliamentary conference on GSOMIA.

The opponents of GSOMIA also question the efficiency of the agreement itself, claiming that there are other kinds of treaties and deals that would allow exchanging of information when needed.

”With the increasing tension, GSOMIA has gotten more attention than it should. While the information exchanged can come as useful for both sides, Korea has other ways to acquire information,“ Kim Young-jun, a professor at the Korea National Defense University said.

But conservatives and experts supporting GSOMIA argue that the bilateral military agreement is a complex issue that involves security alliance with the United States in the region.

”The United States wants to firm up trilateral security cooperation with South Korea and Japan to keep North Korea and China in check,“ Park Won-gon, a professor of international politics at Handong Global University said.

”If South Korea breaks GSOMIA, the US would see Seoul taking a move that is expanding the economic conflict (with Japan) to the security realm, harming Washington’s strategic interests,“ Park said.

Park also pointed out that South Korea maintains an intel-sharing agreement with Russia, even though its warplane intruded into Korea’s airspace recently without permission.

Shin Beom-chul, a senior research fellow at the Asan Institute for Policy Studies, says the South Korean government would risk taking on a heavy burden in many agendas if it chooses to abolish GSOMIA, as the United States backs the deal.

The United States has refrained from actively intervening in the dispute, but has expressed its support for GSOMIA.

“The ROK-Japan GSOMIA is an important tool in our shared efforts to maintain peace and security in the region and achieve the final, fully verified denuclearization of North Korea,” the US Department of State official told Voice of America after the topic was raised on July 18.

“The United States fully supports the ROK-Japan GSOMIA, which demonstrates the maturity of the bilateral defense relationship and improves our ability to coordinate trilaterally.”

The public sentiment in South Korea, where the movement boycotting Japanese product has set in, appears to be leaning toward abolishing the bilateral pact with Japan.

According to local pollster Realmeter on Aug. 7, 47.7 percent of the 502 respondents supported South Korea withdrawing from GSOMIA, while 39.3 percent opposed, and 13 percent said they did not know.

Keeping away from emotional backlash

The Moon Jae-in administration still has time to make the decision until the deadline on Saturday, calculating the possible consequences and effects. As the National Security Council meeting is to be held Thursday, the final decision is likely to be made there.

Seoul’s Defense Minister Jeong Kyeong-doo also said he was carefully reviewing options on the GSOMIA, as it is more of a matter of a relationship with the allies, than its utility.

”Instead of abolishing GSOMIA, I believe it would be a better plan for South Korea to renew the agreement and declare it will not exchange any more information with Japan,“ Cho Sung-ryul, senior research fellow at the Institute for National Security Strategy said in a conference held by Rep. Kang Byung-won of the ruling Democratic Party of Korea.

Cho also raised the possibility of Japan taking military-related actions to fire back, such as banning Seoul from using the seven UN-designated bases located in its territory. The rear bases are to provide logistical support in the event of an emergency on the Korean Peninsula.