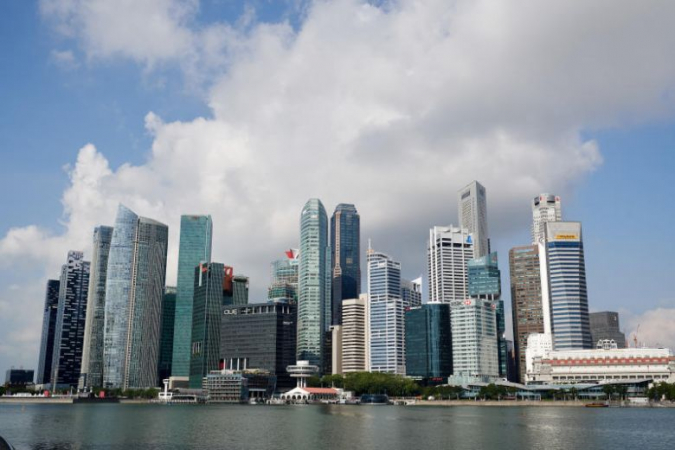 The EDB forecast that Singapore would attract between $8 billion and $10 billion in fixed-asset investment commitments in 2019, in line with previous years.PHOTO: ST FILE

SINGAPORE - Strong economic headwinds and the United States-China trade tensions have not stopped Singapore from attracting an unexpectedly large amount of investment commitments.

In just the first half of this year, Singapore has attracted $8.1 billion in investment commitments in manufacturing and services.

This is comfortably higher than the $5.3 billion worth of investment commitments it had drawn for the same period last year.

In fact, the figures in the Economic Survey of Singapore out last week have already surpassed the lower bound of the Economic Development Board's estimates made for all of 2019 in February.

The EDB forecast that Singapore would attract between $8 billion and $10 billion in fixed-asset investment commitments in 2019, in line with previous years.

Last year, the country drew $10.9 billion in investment commitments - a number that looks well within reach.

CIMB economist Song Seng Wun said on Tuesday (Aug 20): "These are encouraging signs, especially in the technology and chemicals sectors."

He noted that near-term growth concerns, higher operating costs here and manpower issues should not deter companies with deep pockets.

That the top foreign investors continue to be the United States and Europe is not surprising, said Mr Song: "Technology, chemicals and data services are still dominated by American companies, followed by European ones."

New fixed-asset investment comes at a crucial time given Singapore needs a capital expenditure boost to cushion the export downturn.

"We hope that these commitments materialise into actual capex spending and job creation, as there have been episodes in the past where the two have not been correlated," said Mr Chua.

He added that it is not clear Singapore is benefiting from shifts in supply chains due to the US-China trade war: "Singapore appears to be gaining more US investments than from China."

While manufacturing remains a key pillar of the Singapore economy, Mr Song thinks the services cluster could attract more fixed-asset investments than manufacturing by the end of this year.

"The need for data, scientists and research and development will create jobs," he said.

"This is why the Government has been so fixated on the knowledge economy, and the skill sets needed to participate in it."

What is also important is translating investment commitments into actual jobs. "It's the bread and butter issues which Singaporeans will be concerned about, in terms of the labour market and hiring," he said.