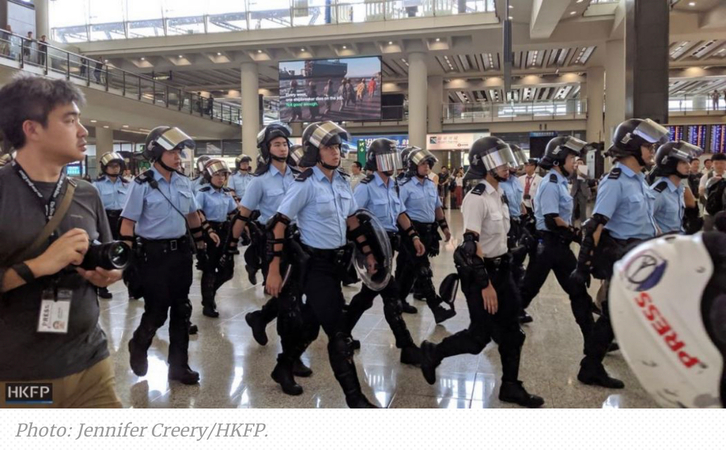 The China Post reported that operator of the express train to Hong Kong’s airport has suspended service as pro-democracy protesters gathered there following a day of violent clashes with police.

MTR Corp. said Sunday trains from the airport on Chek Lap Kok island into the city still are running.

While Hong Kong Press Freedom reported that hundreds of protesters briefly stormed Hong Kong’s airport on Sunday, despite attempts to heighten security in anticipation of a planned demonstration.

At around 1:20pm, a group of masked protesters stormed the ground floor of Terminal 1, shattering a glass door blocking their path. They were chased off by airport police officers soon after.