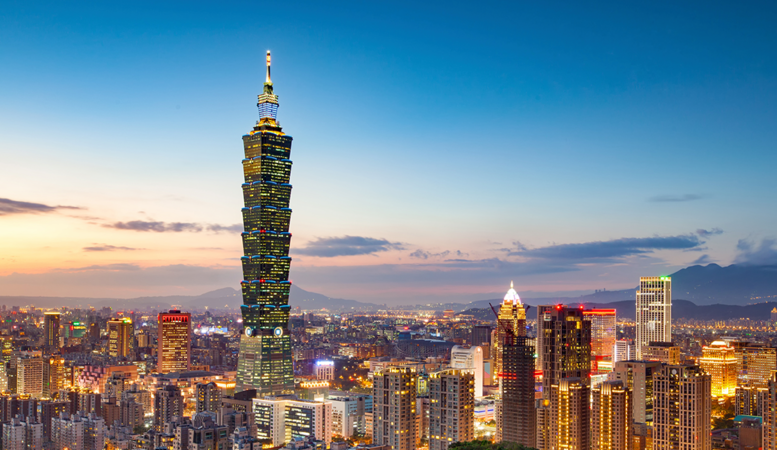 Citing a survey for the August property market, the magazine said the housing index for northern Taiwan fell 4.2 points from a month earlier to 33.1 in August, but the index remained between 32 and 42 to flash a "yellow blue" light, signaling sluggish growth. (Shutterstock)

TAIPEI (CNA) — The property market in northern Taiwan remained sluggishness in August as an index gauging the market climate fell from a month earlier with transactions on the decline, according to a monthly index produced by real estate magazine My Housing.

Citing a survey for the August property market, the magazine said the housing index for northern Taiwan fell 4.2 points from a month earlier to 33.1 in August, but the index remained between 32 and 42 to flash a “yellow blue” light, signaling sluggish growth.

The August index reversed a 5.1 percent increase in July with the sub-index on transactions falling in the wake of Ghost Month on the Lunar calendar, the survey found.

In Taiwan, consumers tend not to purchase big ticket items such as cars and homes during Ghost Month to avoid bad luck, usually making such purchases before or after.

The index covers major counties and cities in northern Taiwan — Taipei, New Taipei, Keelung, Taoyuan, and Hsinchu cities and Hsinchu and Yilan counties — which account for roughly 50 percent of total residential and commercial property transactions in the country.

Due to Ghost Month effects, the sub-index on transactions fell to 5.16 points, down 1.88 points from a month earlier, the steepest decline among the six factors that make up the index.

While the magazine did not disclose any further details about housing transactions in northern Taiwan, local media reported that transactions of residential and commercial property in Taipei, New Taipei and Taoyuan dropped 26 percent, 22 percent and 20 percent, respectively.

Ho Shih-chang (何世昌), a research manager at the magazine, said Ghost Month is a traditionally slow season for the local property market but the fall in the August index was not as bad as the market had previously anticipated and it flashed a yellow-blue light rather than a blue light.

The Ghost Month taboo also prompted property developers to put listings of presale housing projects on hold, Ho said. As a result, the sub-index on presale residential property projects fell 1.09 from a month earlier to 7.63 in August, the second steepest monthly fall in the six factors.

According to the magazine, the value of presale housing projects that came on the market in August totaled NT$50 billion (US$1.60 billion), down from NT$70 billion in July.

The magazine said presale housing projects valued at NT$1.5 billion or higher were most commonly seen in some districts of Taipei, New Taipei and Taoyuan, while by taking into account low budgets, these newly launched projects largely focused on small-sized housing units.

In addition, the sub-index on the listing of newly built residential properties also registered a month-on-month fall of 0.55 to 4.72 in August, which presented more evidence of caution during the month, the survey showed.

In August, the sub-indexes on the volume of residential property advertising and price negotiations fell from 3.88 and 6.92, respectively, from a month earlier to 3.58 and 6.15, the survey indicated.

Bucking the downturn, the sub-index on visits by potential buyers to see homes rose from 5.46 in July to 5.81 in August, according to the survey.

Ho said a possible turning point for the local property market will be the traditional peak season in September, but with the presidential election scheduled for January 2020, the local market could still see uncertainty created by non-economic factors for the rest of the year.

By Pan Chih-yi and Frances Huang