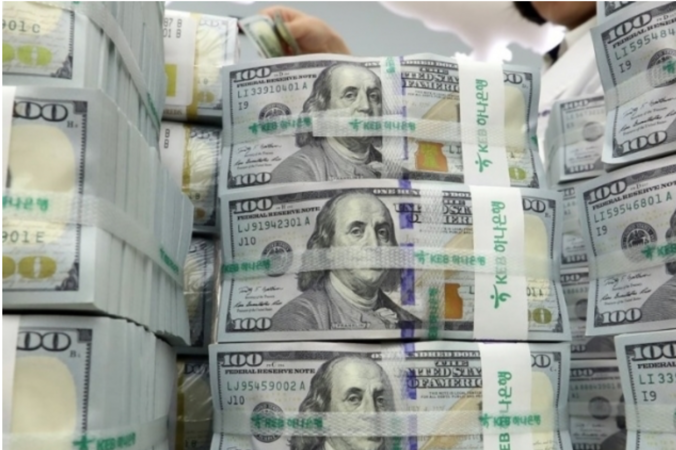 The South Korean won is expected to further advance against the US dollar for some time on what analysts called long-awaited but unanticipated positive developments that helped remove some uncertainties facing Asia's fourth-largest economy.

The local currency closed at 1,196.90 won to the greenback on Friday, up 3.30 won from Thursday's close, extending its gains to a third consecutive session.

It marked the first time since Aug. 1 that the won-dollar exchange rate breached the 1,200-won mark.

Such positive developments included the increased possibility of Britain's exit from the European Union with a deal, as well as Hong Kong's withdrawal of its extradition bill that has led to weeks of enthusiastic protest rallies that nearly paralyzed the entire city.

"The protesters have refused to accept the government's withdrawal of the extradition bill, but the possibility of the city shutting down and violent demonstration has been reduced," Jeon said.

"The US and China too have agreed to hold high-level trade talks in Washington early next month, prompting a renewed hope for an end to their trade dispute," she added.

The analyst expected the local currency to advance to as high as 1,193.00 won per dollar before attempting to further recover ground to 1,183.00 won, or to the pre-August level when the won began to descend amid the escalating trade dispute between the world's two largest economies, as well as South Korea's own trade spat with Japan.

Tokyo removed Seoul from its list of trusted trade partners in early August, about one month after it began imposing tougher restrictions on South Korea-bound shipments of three key materials used to produce semiconductors and display panels, both key export items of South Korea.

Other analysts agreed the local currency will likely advance on increased hope for a breakthrough in the US-China trade dispute, as well as a widely anticipated US rate cut.

South Korea has faced a greater risk of capital outflow since its central bank lowered its policy rate to 1.50 percent in its first rate cut in three years in July, widening its rate gap to 75 basis points with that of the US, which currently sits at a range of 2.0 percent to 2.25 percent.

"For a country such as South Korea, the No. 1 issue it has to consider before a possible rate reduction is capital flight, which could cause very serious problems," a Bank of Korea official said earlier, while speaking on condition of anonymity.

They, however, insisted the won's sharp appreciation will likely be limited due to the country's weakening fundamentals, such as slowing exports.

"The won-dollar exchange rate is expected to face large fluctuations on risk-taking behavior and increased demand from export companies. However, the rise of the won is expected to be limited due to poor local indicators, concerns of deflation and remaining uncertainties (about a US rate cut)," Kookmin Bank said in a research paper released Friday.  (Yonhap)