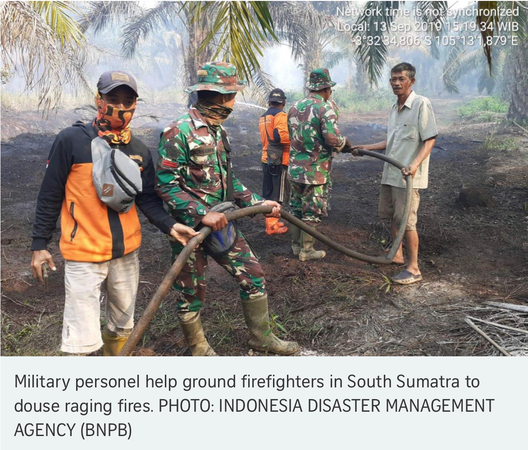 JAKARTA/KUALA LUMPUR - Indonesia has sealed off plantations operated by 29 companies, including four subsidiaries of Malaysian groups and one Singaporean firm, after fires were detected in their concessions, the government said on Friday (Sept 13).

The legal measures against allegedly errant companies have been underway since last month.

Environment and forestry minister Siti Nurbaya Bakar said on Friday the government will prosecute a number of these companies as a deterrent to setting fires. Indonesia is struggling to curb spreading fires in Sumatra and Kalimantan and has faced criticism from Malaysia. 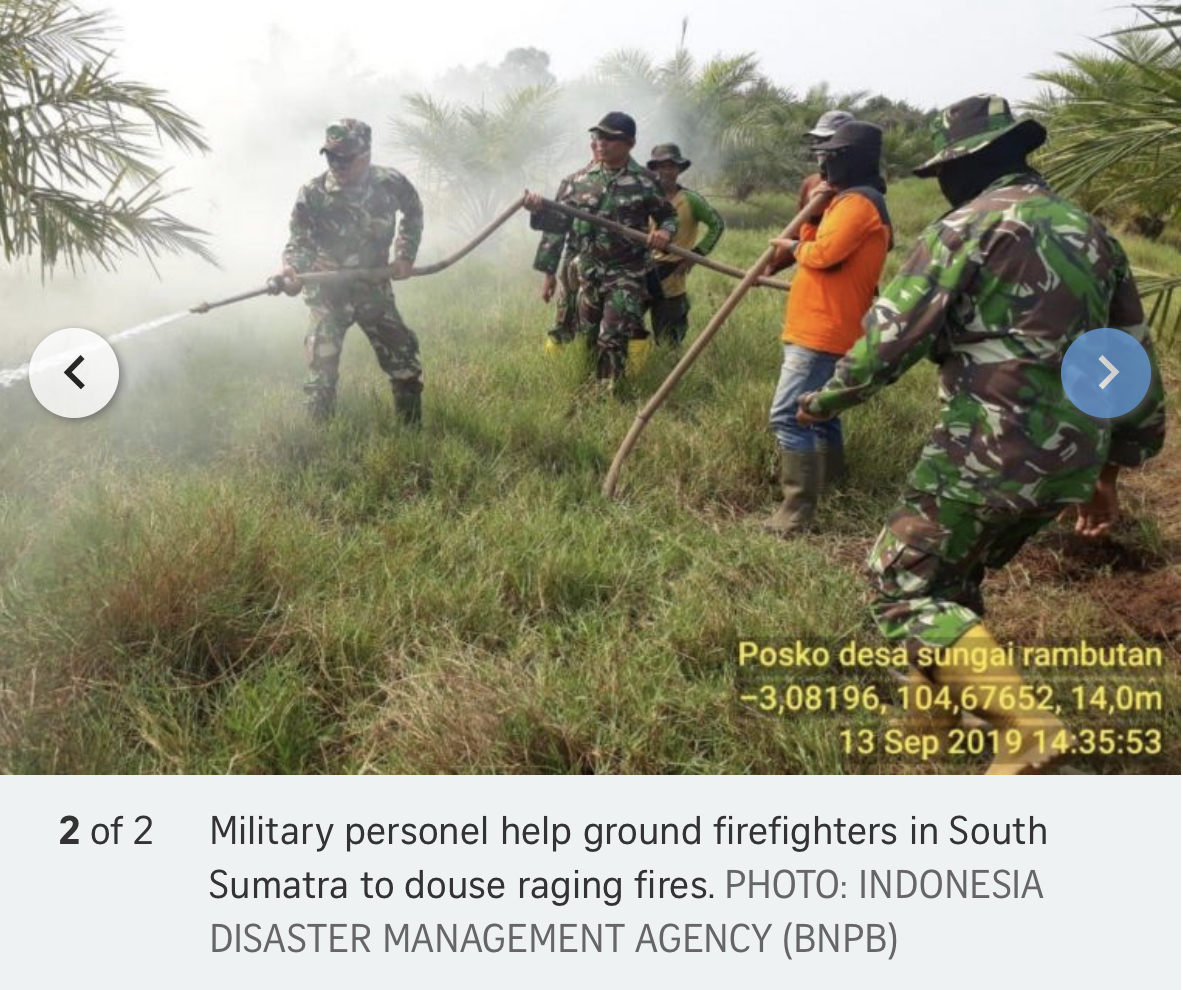 Sampoerna Agro was founded by the family of Indonesian billionaire Putera Sampoerna.

The four firms affiliated with Malaysian corporate groups operate in West Kalimantan and Riau provinces. Ms Siti named the companies as Sime Indo Agro (a unit of Sime Darby Plantation), Sukses Karya Sawit (a unit of IOI Corporation) and Rafi Kamajaya Abadi (a unit of TDM Bhd). The last one, operating in Riau, is Adei Plantation and Industry (a unit of Kuala Lumpur Kepong Group).

Ms Siti made her remarks in a media briefing after a three-hour coordination meeting in Jakarta that was chaired by Coordinating Minister of Political, Legal and Security Affairs Wiranto.

"We give no compromise to those that burn and cause fire," retired general Wiranto said in the same media briefing. "Our approach is, enforce the law hard and firm to create deterrent effect."

In response, Sime Darby Plantation (SDP) said on Friday that there had not been any action taken by the Indonesian authorities to seal off the operations of Sime Indo Agro (PT SIA).

SDP also said it was assisted by its Indonesian subsidiary in continually monitoring all its operation sites throughout the year, and that a recent fire that broke out on Sept 3 outside of PT SIA's operational area was in fact on land occupied by local communities. The fire was contained and the incident clarified to visiting authorities from the Indonesian Ministry of Environment and Forestry.

IOI Corporation also issued a statement late on Friday that its subsidiary had not received any official notification on the matter.

"PT SKS has been on high alert and has put in place measures to deal with the dry weather and the risk of fire," it said.

"We were able to quickly extinguish several small fires that have occurred over the last couple of months and have assisted other companies and villagers to respond to fires on our neighbouring lands."