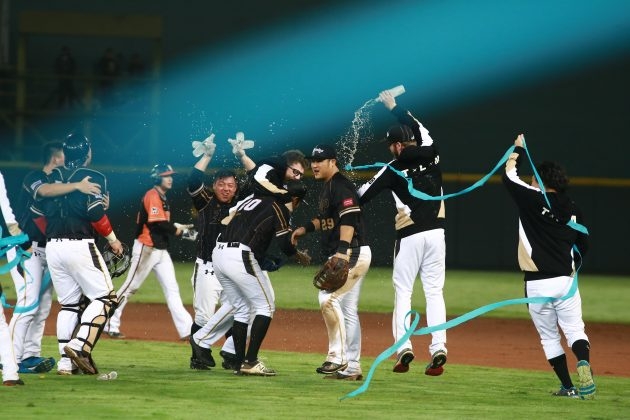 By NOWnews Sports Center and Carol Kan
The China Post/ANN

Rakuten became the first foreign company to purchase or run a team in the Chinese Professional Baseball League (CPBL).

The Rakuten-sponsored new team will participate in CPBL starting from next year.

Since La New Corporation started to sponsor and manage the baseball team, named Law New Bear then, the team has won six CPBL championships, including the season 2017 and 2018.

The popularity of Lamigo Monkeys is the top in CPBL. Since 2014, every year, the team has the highest amount of audience entering the arena to support the team.

Lamigo Monkeys General Manager Justin Liu (劉玠廷) said, “Thanks Rakuten a lot for recognizing our efforts in the past 16 years.”

Rakuten is known for sponsoring Tohoku Rakuten Golden Eagles in Nippon Professional Baseball’s Pacific League since 2005. Therefore, Rakuten said they would utilize what they’ve learned from past experiences in managing the Japanese team to support the Taiwanese team.

Baseball is not the first business that Rakuten has in Taiwan. Started from 2008, the Japanese company has expanded its business in various sectors in Taiwan, such as e-commerce and digital books. They even have obtained approval to run online banking in Taiwan starting next year.

Liu revealed that Rakuten would continue managing Taoyuan International Baseball Stadium, where the Lamigo Monkeys is based, adding that the Rakuten would invest more and hold on to most of the employment.

The team’s new name, uniform and logo will be published afterward.