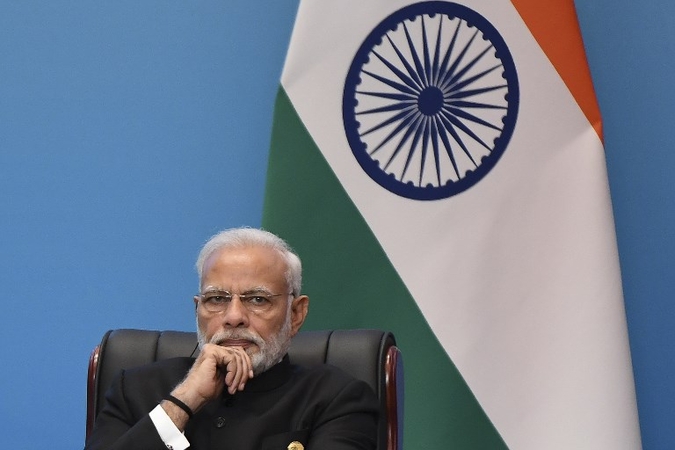 NEW DELHI - As Prime Minister Narendra Modi starts his seven day visit to the United States on Saturday (Sept 20, US), he will be bringing to American investors the pitch that India now boasts a corporate tax rate which is among the lowest in the world.

Analysts say recent reforms will help attract foreign investment and improve business sentiment at a time of slowing growth in the South Asian country that early this year (2019) lost the title of fastest growing economy to China.

Finance Minister Nirmala Sitharaman had on Friday announced a slashing of the base corporate tax rate from 30 per cent to 22 per cent for all companies, in a move that saw the Sensex, the benchmark index of the Bombay Stock Exchange, climb 4.5 per cent.

For manufacturing companies incorporated after Oct 1, the corporate tax rate was cut from 25 per cent to 15 per cent.

The move is seen to be a gamechanger as the cuts put India among countries that have a low corporate tax rate, and will make the South Asian country more competitive for foreign investment.

"It will help in reviving investment demand. More importantly, it should help in attracting foreign investment.

"Right now the economy is slowing down at a much faster pace than the government expected. The slowdown is both cyclical and structural. This should help the structural component," said Professor N.R. Bhanumurthy of the National Institute of Public Finance and Policy in Delhi.

On Saturday (local time), Mr Modi will participate in a round table meeting with the chief executives of energy companies.

Mr Modi will address an Indian diaspora event called "Howdy Modi" the next day, where he will be joined by US President Donald Trump.

On September 25, he will deliver a keynote address at the plenary of the Bloomberg global business forum and participate in an investment roundtable with over three dozen American corporate leaders.

Although India and the US have a strong business relationship, it was recently hit by some irritants.

Mr Trump, who has called India "tariff king", removed the South Asian country in June from a list of beneficiary developing nations under the Generalised System of Preferences (GSP) programme that allowed duty-free entry for up to US$5.6 billion ($7.7 billion) worth of its annual exports to the US.

But officials on both sides maintained the relationship is strong enough to weather these bumps.

The US has been pushing India to further open its markets to diary products and medical devices, among others, and provide a more favourable business climate for its companies. The issue of tariffs is expected to come up in talks.

But the cut in corporate tax, experts said, has given Mr Modi a chance to sell India as an investment destination.

"The reduction in corporate taxes will bring long-term FDI (Foreign Direct Investment) into the country as India is now one of the lowest corporate tax countries in Asia and will help Mr Modi make a powerful pitch to long-term investors in the US to set up industry under 'Make in India'," said Mr Rishi Sahai, managing director of Cogence Advisors, an investment bank.

Make in India is a government initiative to push the Indian manufacturing industry.

"Even with an expected 5.5 per cent Gross Domestic Product growth expected in the current year, India is still the one bright spark for international investors in the global economy - with a recession in the Euro zone, uncertainty over Brexit in Britain, negative interest rate in Japan, recession in Latin America and a slowing China because of trade war with the US," he added.

India has seen growth rate fall to 5 per cent, the lowest in over six years, in the first quarter (from April to June) of this financial year.

Besides the cut in corporate tax rates, the government over the last two weeks has also announced a series of measures to stimulate the economy.

They included a roll back of super rich surcharge, including for foreign portfolio investors, and US$1.4 billion fund for stalled real estate projects.

"Big Bang India Incentive," was the headline in the Indian Express newspaper.

"Howdy Investors," The Economic Times said in a headline, a play on the Howdy Modi US programme.

There were positive reactions across the board to the announcement including from the beleaguered auto industry which has seen a slow down and job losses on the back of weak demand.

"It will catalyse investments, particularly in manufacturing, infuse huge confidence among investors, and set a new springboard for growth," said the Confederation of Indian Industry in a statement.

"This also indicates that the government is adopting a tax stimulus route rather than using increasing government spending route to help the recovery process of the economy."