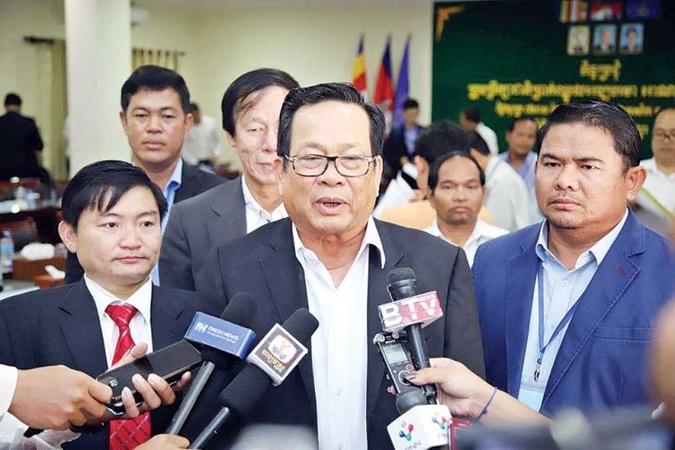 Next year’s basic minimum wage has been increased by 4.4 per cent to $190 a month from $170 per month last year after the final round of negotiations ended in a vote last week, the Ministry of Labour and Vocational Training announced.

Probationary workers will receive a temporary minimum wage of $185 per month until they reach seniority – up from $165 per month last year.

Some unions lauded the increase, while others said the raise was not substantial enough to improve the livelihoods of workers who struggle with the rising cost of rent, electricity and household goods.

The government had proposed a minimum wage of $187 per month for workers since the discussions began, while unions and employers walked into the final round of negotiations with figures of $195 and $186 respectively, The Post reported on Thursday.

A total of 43 people out of 51 voted for workers to earn $187, while eight people supported the $195 a month wage. The government’s figure did not receive any support.

Prime Minister Hun Sen decided to increase the wages by $3 when the final figure was brought to him for approval.

International Labour Organisation national coordinator Tun Sophorn told The Post last week that workers should receive a four per cent increase – bringing the proposed minimum wage to $189 per month, based on its technical calculations.

Ministry spokesman Heng Sour said it would review any requests submitted to it.

The new wages affect, among others, more than 80,000 workers in the Kingdom’s garment, footwear and textile sectors that already face an uncertain future thanks to the possibility of losing the European Union’s Everything But Arms (EBA) agreement.

The sectors are Cambodia’s largest source of employment, generating more than $10 billion last year, said the National Bank of Cambodia.

The Garment Manufacturers Association in Cambodia and the European Chamber of Commerce had lobbied for the Kingdom to reduce the rate of increase for the minimum wage in an effort to mitigate the potential fallout of the EBA.

“I am not satisfied with this wage increase because we know that [employers] are capable of offering far more while our workers have lost six paid public holidays,” she said on Sunday.