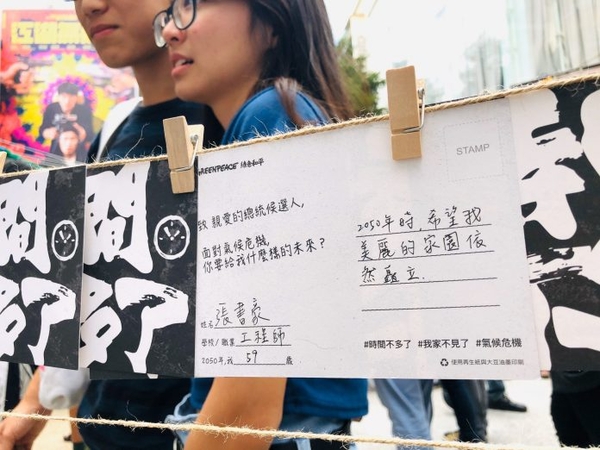 TAIPEI (The China Post) — Climate change is expected to have a severe impact in Taiwan by 2050, affecting more than 1.2 million people due to rising sea levels, Greenpeace spokesperson Tang An said on Sept. 22.

About 1,398 square kilometers of land could be under the sea level, which is equal to 5,377 Daan Forest Parks, Tang said.

Based on an analysis published earlier by Greenpeace, the land temperature has increased over the past decades by 1.3 degrees. Accordingly, Greenpeace estimates that the temperature will continue to rise between now and the end of the 21st century, by up to 3 degrees.

Tang said the rising sea levels caused by global warming would affect the coastal areas in southwestern Taiwan the most. Tainan City would see around 310 square kilometers of land flooded.

Tang stressed that in this fight against climate change, Taiwan should take more progressive actions before it is impacted by rising sea levels, high temperatures, drought, and floods.

Greenpeace, along with more than 60 youths and volunteers, called for authorities, including the 2020 presidential candidates, to propose policies covering sustainable energy and actions on climate change.