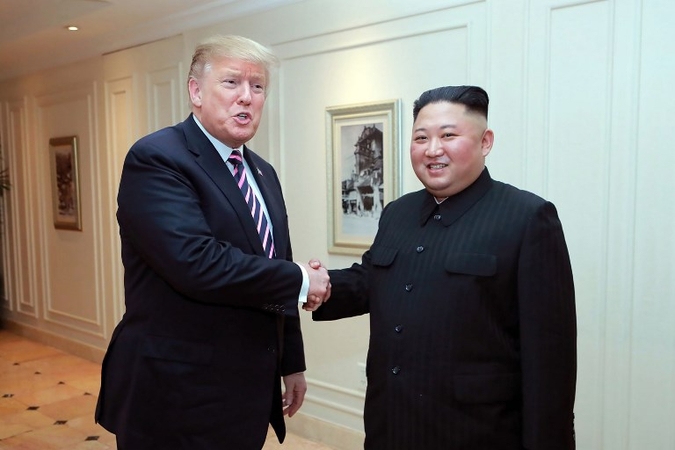 There have been talk of a new US – Korea summit.

A former chief North Korean nuclear envoy said Friday he believes US President Donald Trump is different from his predecessors, and looks forward to him making a “bold decision” in nuclear talks despite calls in Washington for Pyongyang to denuclearize first.

Kim Kye-gwan, currently an adviser to the North Korean foreign ministry, made the remarks in a statement carried by the North’s official Korean Central News Agency, amid expectations that the US and the North could hold working-level nuclear talks in coming weeks.

“I came to know that President Trump is different from his predecessors in a political sense and decision (making) while watching his approach to the DPRK, so I would like to place my hope on President Trump’s wise choices and bold decisions,” Kim said.

DPRK stands for the North’s official name, the Democratic People’s Republic of Korea.

Kim, considered a key foreign policy brain, also said that US politicians are “obsessed” with the idea that the North can get access to a “bright future only when it abandons its nukes first” and that sanctions led Pyongyang to the dialogue.

Previous summit meetings between Trump and North Korean leader Kim Jong-un served as “historic occasions” to express their political will to put an end to the hostile relations and have peace and stability settled on the Korean peninsula, Kim said.

“But no practical follow-up was made to implement the issues agreed upon at the summit talks, casting shadow over the possibility of future summit talks,” he said.

Kim said the North made sincere efforts to carry out what was agreed at their first summit last year, such as its repatriation of American detainees, but the US has done nothing to implement the deal, and instead resumed military exercises with South Korea and ratcheted up sanctions and pressure on the North.

The statement comes amid efforts to restart the US-North Korea dialogue that many believe may lead to a third summit between Trump and Kim Jong-un.

The second Trump-Kim summit in Vietnam in February ended without a deal after the two sides failed to find common ground over the North’s denuclearization steps and corresponding measures from the US.

Earlier this month, the North offered to hold talks in late September and demanded the US come up with a new proposal acceptable to Pyongyang.

Trump said Monday another meeting “could happen soon,” although likely after there has been progress in the working-level talks.

US Secretary of State Mike Pompeo said Thursday that working-level talks have not been arranged as of yet, adding that the US stands ready to resume the talks.

Following Kim’s statement, Seoul’s unification ministry said it hopes the US and North Korea will produce “good results” in their negotiations based on mutual trust and respect.