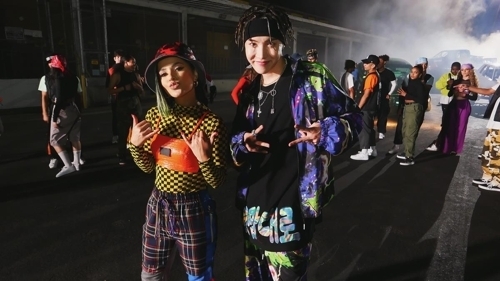 The song, "Chicken Noodle Soup," set for release Friday evening through BTS' official social media channels, is a recreation of the namesake song released by American musician, DJ Webstar and rapper Young B.

The new song will also come with a music video featuring J-Hope and Becky G, according to Big Hit Entertainment.

The two artists joined hands for the collaboration, having both fallen for hip hop music in their childhoods.

The song also comes with witty choreography executed by J-Hope and Becky G in the music video as well as a dance ensemble of some50 dancers from across the world.

J-Hope, known for his dance prowess, has also shown talent in music production, having joined in the production and rapping of many BTS songs, including "MIC Drop," "Blood Sweat & Tears," and "Boy With Luv."

In March last year, J-Hope dropped a mixtape, "Hope World," which peaked at 38 on the Billboard 200 main album chart. (Yonhap)