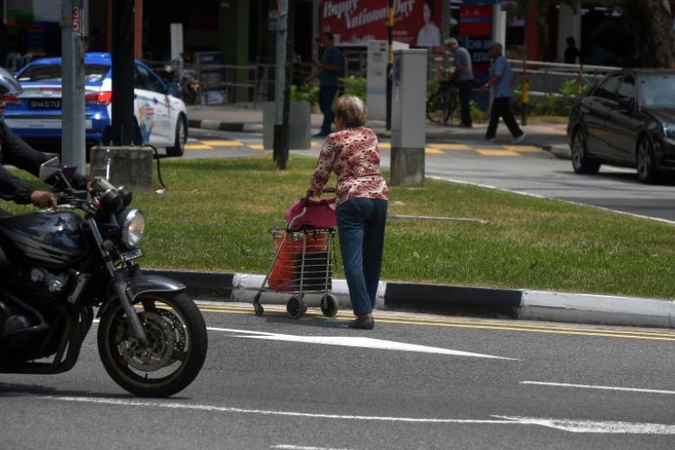 Almost 32 per cent of accidents involving older pedestrians were due to jaywalking.ST PHOTO: KUA CHEE SIONG

SINGAPORE - More pedestrians aged 60 and above were involved in road accidents and died in the first six months of this compared with a year ago, according to latest figures by the police released on Saturday (Sept 28).

This is despite overall traffic accident and fatality numbers falling.

The total number of accidents involving older pedestrians increased by 59.1 per cent to 183 in the first six months of 2019, from 115 for the same period last year.

Total fatalities increased to 17 from 11 in the same period last year.

Police said almost 32 per cent of accidents involving older pedestrians were due to jaywalking, which remained the most common cause of such accidents despite the number falling from 40 per cent of the total for the same period last year.

The total number of road accidents which resulted in injury or death in the first half of this year fell slightly to 3,817 from 3,915 a year ago.

Accidents involving motorcyclists also continued to be a cause for concern, as they accounted for more than half of both the total number of road accidents and deaths, at 58 and 55 per cent respectively.

Senior Parliamentary Secretary for Home Affairs and National Development Sun Xueling said a two-pronged approach was needed to address the rising numbers of pedestrians above the age of 60 involved in accidents.

"We need to raise awareness among the elderly of using pedestrian crossings and refraining from jaywalking," she said at the launch of the Singapore Ride Safe 2019 campaign at the ComfortDelGro Driving Centre in Ubi on Saturday.

"At the same time, motorists must pay greater attention to elderly pedestrians in light of Singapore's ageing population."

Ms Sun added that it is critical for the traffic police to continue to strengthen public education and outreach efforts to the motorcycling community, pointing to past initiatives, such as a Roadsense Carnival held at Ngee Ann City in July in conjunction with the Singapore Road Safety Council Road Safety Month.

The traffic police are also organising a road safety carnival for the elderly to be held on Oct 12 at The Theatre at Mediacorp.

This year marks the 13th edition of the Singapore Ride Safe campaign, which aims to promote good road sense and riding behaviour among the motorcycle community.