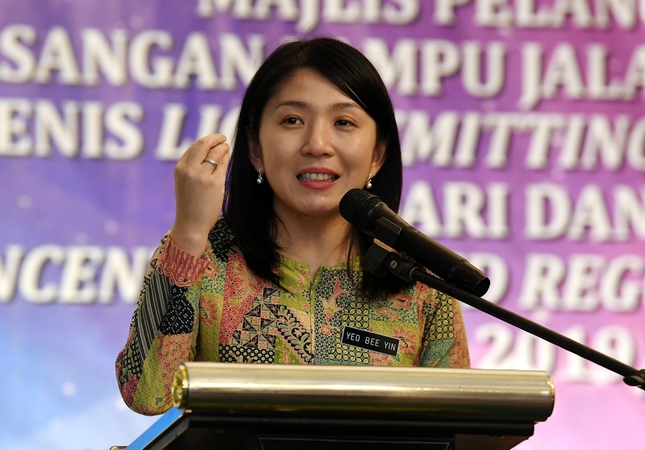 She said the ministry has been working closely with the Penang government and has contacted the respective embassies to return the waste to the companies and countries in charge.

"It’s not just about the cost; it’s about dignity. Why do they send things to us and we still need to pay them to send it back?

"The senders responsible for it should pay the fine for importing illegal waste until they have collected back their waste," she told reporters after officiating the eighth edition of the Penang International Green Conference and Exhibition (PGIGCE) 2019 together with Chief Minister Chow Kon Yeow here Saturday (Sept 28).

She said representatives from the United Kingdom arrived in Penang a few days ago to identify the owners of 42 out of 265 40-foot containers filled with plastic waste found abandoned at the North Butterworth Container Terminal (NBCT) since January this year.

"Identifying the senders is not an issue, but the procedure itself would take some time,” she said.

On another subject, Yeo said the federal government would provide any necessary support for the Penang government in mitigating rising sea levels due to climate change.

She said the state government already has plans for making Penang a climate-resilient state.

"As the federal government, we fully support whatever planning that comes with climate resilience or carbon reduction, one way or another,” she said.

Earlier, in her opening speech, Yeo announced that the federal government has provided incentives to Penang to catalyse the use of renewable energy in Malaysia and attract more students pursuing Science, Technology, Engineering and Mathematics (STEM) education.

The incentives include rolling out four sets of solar panels installed in three schools in the state and one entity of choice by the Seberang Perai City Council (MBSP), as well as an allocation of RM500,000 to Tech Dome Penang to offer free admission to students.

With the theme "Penang Green and Smart City", the three-day event featured 70 exhibition booths, making it the largest PGIGCE yet. - Bernama