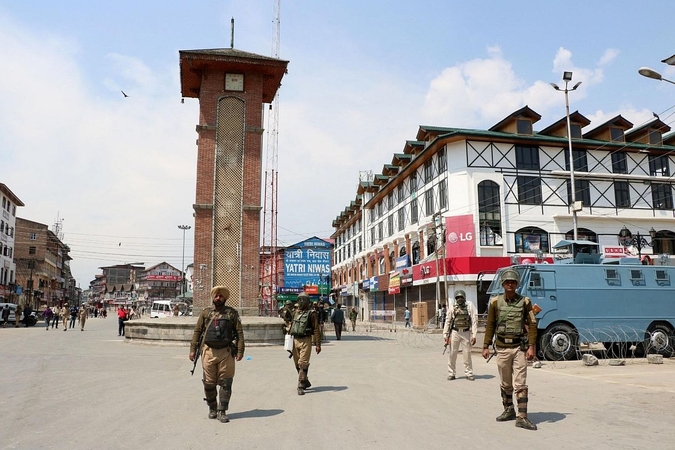 All postpaid mobile services have been restored in the Valley after over two months of communication blackout post the abrogation of Article 370, that gave special status to Jammu and Kashmir.

The Jammu and Kashmir government had on Saturday informed that all postpaid mobile services will be functional from Monday 12 noon in the Valley.

However, 20 lakh prepaid mobile phones, besides the mobile and other internet services will remain suspended for now.

Kansal said that the restrictions were imposed to ensure that no life is lost due to externally aided terrorism.

On the lifting of restrictions on communication, Governor Satya Pal Malik had earlier said that “When the curbs on the cell phones have been taken away, we are expecting a large number of tourists to come there (Kashmir). We are also expecting that people if they are somehow not able to do normal activities, have no more excuse not to do that,” News18 reported.

Jammu and Kashmir was put under virtual curfew on 5 August when the Modi government scrapped the Article 370 and split the state into two union territories.

Telephone line services, including mobile phones and landlines, were suspended in the early hours of August 5.

Earlier in September, the government had said that over 90 per cent of the geographical area of Jammu and Kashmir is free of restrictions.

On August 17, partial fixed-line telephony resumed with more than 50,000 landline phones made operational after services in 17 exchanges of the Valley were restored as part of gradual easing of restrictions in a phased manner.

The Government has affirmed that restrictions in Kashmir are aimed at preventing Pakistan from creating trouble through proxies and terrorists.

External Affairs Minister S Jaishankar had earlier justified the restrictions on phone and mobile services in Jammu and Kashmir saying that it was needed to stop communication between terrorists.https://www.thestatesman.com/india/postpaid-mobile-services-restored-kashmir-2-months-internet-suspended-1502809678.html