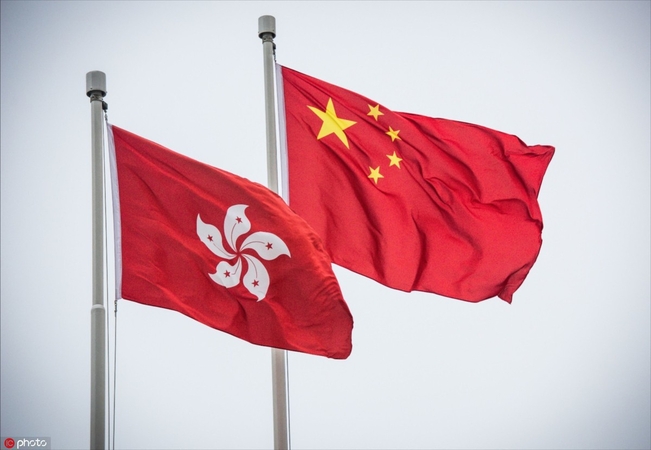 China expressed opposition on Wednesday to the so-called Hong Kong Human Rights and Democracy Act passed by the United States House of Representatives, saying it will take countermeasures to safeguard its sovereignty, security and development interests.

Foreign Ministry spokesman Geng Shuang said in an online statement that if the act becomes a law, it will not only undermine China's interests and Sino-US relations, but also the interests of the US itself.

Geng noted that the US House of Representatives ignored the facts and called white black, and also regarded serious crimes like committing arson, smashing shops and assaulting police as human rights and democracy issues.

It fully revealed the double standards the US applies, the hypocrisy of some people in the US regarding human rights and democracy issues, and their wicked intentions to mess up Hong Kong and contain China's development, he said.

Calling the passing of the act a "wrong decision" by the US, Geng urged Washington to understand the situation clearly, immediately stop advancing the act and interfering in Hong Kong's affairs as well as China's domestic affairs.