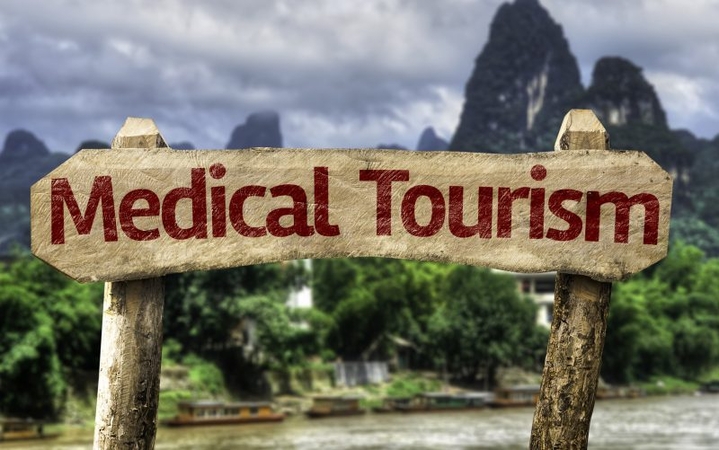 What makes Asia the most popular destination in terms of medical tourism? Blame it on lack of specialised treatments in home countries or credit it to the cost-effectiveness of the treatments available in Asia – all these factors combined with ease of travel with lax visa rules for medical treatments have opened vast avenues for the Asian region.

Over the past decade, Asia has become a top favourite medical tourism destination for people from all across the world. From being world-famous for its pristine white beaches, historic monuments and rich cultural legacy, now it is healthcare in Asia that’s garnering a great deal of attention. Right from liver transplants and bariatric surgeries to dental detailing and botox, more and more people are turning to Asia.

But what makes Asia the most popular destination in terms of medical tourism?  Blame it on lack of specialised treatments in home countries or credit it to the cost-effectiveness of the treatments available in Asia – all these factors combined with ease of travel with lax visa rules for medical treatments have opened vast avenues for the Asian region.

So, let’s take a look at the top Asian countries for various medical treatments:

Thailand is widely popular among medical tourists for breast implants and gender reassignment surgeries. Since 2003, the Thai Government has made efforts to make Thailand a global centre for medical tourism through its Centre of Excellent Health Care of Asia initiative and has 37 Joint Commission International (JCI) accredited hospitals.

A WHO study published in 2016 reveals that the medical tourists visiting Thailand were less likely to be residents of high-income countries than to be residents of the eastern Mediterranean or south-east or south Asia. However, what makes the country a preferred destination for healthcare is their world-class hospitality, highly specialised care and tailored service packages.

India is the favoured destination of medical travellers for its cutting-edge technology, world-class surgeons and cost-effective treatments. Patients visit India not just to get specialised treatment and surgeries but they also seek appointments for routine check-ups as well.

It was the Indian government’s initiative to amended the e-visa rules for 150 countries in 2016 that has made visa procurement easy for foreign travellers. Besides, India’s National Health Policy, 2002, specifies that the government supports medical tourism and issues MX visas to the accompanying spouse of the patient.

Singapore is a top choice for patients seeking state-of-the-art facilities, well-trained doctors and quality care. Although it is considered to be one of the most expensive cities in the world, the country has more than 15 hospitals catering to the needs of medical tourists. According to the data from a medical tourism index , Singapore was ranked the most attractive among seven Asian countries in terms of “patient experience”, but was also one of the least attractive in terms of cost-effectiveness.

Malaysia is picking up the pace and is currently one of the preferred destinations for people from other Asian countries especially Indonesia. Out of one million medical tourists who visited the country in 2017, 600,000 were from Indonesia.

According to the Malaysia Healthcare Travel Council, Malaysia is targeting to get at least one million health tourists from Indonesia by 2020. Since the health ministry regulates the prices that private hospitals charge in Malaysia, foreign patients know that they will not be overcharged. Quality care at affordable prices lures patients from all across Asia and other parts of the world.

World-famous for its beauty clinics, South Korea’s ambitions extend beyond cosmetic surgery. According to the South Korea Ministry of Health and Welfare, about 3,64,000 foreign medical tourists were reported to visit the country in 2016. This included patients from Canada, US, UAE, China and Japan.

South Korea’s healthcare system is considered the best in Asia and has established a niche in the medical technology industry. To promote medical tourism, the government offers a special visa to patients visiting South Korea for treatment and insurance which covers both injury and death which results from medical treatment or procedure.