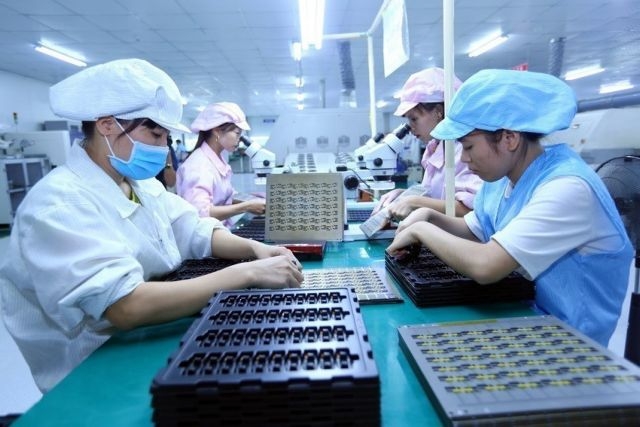 Việt Nam has recorded gender equality achievements in political and economic sectors since the Law on Gender Equality took effect.

The percentage of female parliamentarians in Việt Nam has reached 27.1 per cent, higher than the global average (23.4 per cent) and Asian average of 18.6 per cent.

In the economic sector, the percentage of enterprises with female leaders increased from 4 per cent in 2009 to 27.8 per cent in 2017, the highest rate in Southeast Asia.

In the scientific sector, Vietnamese women have also gained achievements. Dr Nguyễn Thị Hiệp, a female Vietnamese scientist in the biomedical research sector at the HCM City International University, was ranked among 100 outstanding Asian scientists in 2019. Việt Nam grants the Kovalevskaya Award named after a Russian mathematician to outstanding female scientists every year

The Law on Gender Equality was approved by the Vietnamese National Assembly in 2006 and took effect in 2007. This marked a progressive step towards ensuring gender equality in Việt Nam.

Minister of Labour, Invalids and Social Affairs Đào Ngọc Dung said over ten years since the law was enforced, the State management agencies had combined gender quality with legal documents to “promote women’s participation in politics and empower them”.

“Empowering women, especially the right to engage in politics, must be ensured.

“It is compulsory to have women taking a role in local Party committees and People’s councils,” he said.

According to the Ministry of Labour, Invalids and Social Affairs, the percentage of women members of the Politburo and Central Party Committee has increased over three consecutive tenures.

In ten years, for the first time, Việt Nam has a chairwoman of National Assembly and three female Politburo members.

“Over the past ten years, an important change has been made. That is the change in awareness of men towards women and girls. The changes are present in every family,” Dung said.

The achievement has been made not by any single individual but contributions of agencies specialising in gender equality work, according to Dung.

Although more and more Vietnamese participate in political and economic sectors, the percentage of women in these sectors has not met the potential. Different retirement ages between men and women (60 for men and 55 for women) had hindered women from engagement, Nguyễn Thị Hà, deputy minister of Labour, Invalids and Social Affairs said.

Violence towards women and girls were still pressing issues in society. The preconception towards the roles of men and women had created pressure on both men and women. The preference for boys over girls resulted in gender imbalance and abortions, Hà said.

Women in rural areas and from ethnic minority groups had limited access to reproductive healthcare services. The quality of jobs for women remained low and unsustainable with lower wages than men.

Việt Nam ranked 77th out of 149 countries in terms of progress towards gender parity in the Global Gender Gap Report 2018 of the World Economic Forum.

Of these four, Việt Nam ranked highest in economic participation and opportunity, with a score of 0.74, 33rd globally.

According to the World Economic Forum, Việt Nam experienced a decrease in gender parity for women in ministerial positions and fully closed the gender gap among its technical and professional workers. Likewise, equal opportunities were recorded for enrolment in tertiary education sectors.