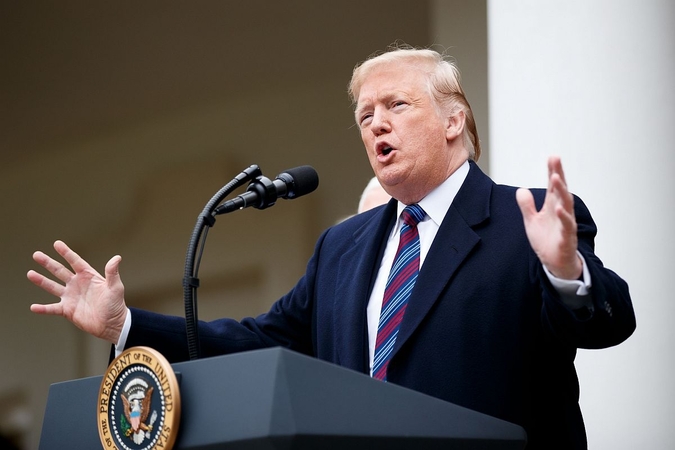 Sending Diwali greetings to Hindus, Jains, Sikhs and Buddhists, US President Donald Trump on Friday said that the observance of the festival of lights throughout America is an important reminder of the significance of the country’s core tenets – religious liberty.

A day earlier, Trump celebrated Diwali in the Oval Office with a small group of Indian-Americans. The event was closed for the press. It a low-key celebration, attended by the Indian-American members of Trump administration.

“The observance of Diwali throughout America is an important reminder of the significance of one of our Nation’s core tenets – religious liberty,” Trump said in a statement ahead of the Diwali celebrations in India, the US and across the world.

The US President said his administration will defend the rights enshrined in the country’s Constitution that enable people of all faiths to worship according to their beliefs.

“My Administration will continue to defend the rights enshrined in our Constitution that enable people of all faiths to worship according to their beliefs and conscience,” he said.

“As Diwali commences, Melania and I wish those observing the Festival of Lights a blessed and happy celebration,” said the US President.

For many Hindus, Jains, Sikhs, and Buddhists in the US and around the globe, this sacred period is an opportunity to commemorate the victory of light over darkness, good over evil, and knowledge over ignorance, he said.

“Throughout this holy time, members of these faiths engage in prayer, light diyas and lanterns, and partake in traditional feasts and other festivities with friends and family,” Trump said. Diwali is being celebrated in India on October 27 this year.

Trump first hosted Diwali celebrations at the White House in the Oval Office in 2017 in the presence of the members of his administration and a few Indian American community members.

The tradition of Diwali celebration was first started by former President George Bush.

During his term it was celebrated mostly in the India Treaty Room of the adjacent executive office building, which is part of the White House Complex.

In the first year of his presidency, his successor Barack Obama, lit the ceremonial Diya in the East Rook of the White House. Thereafter he made it a point in celebrating the festival of lights in one way or the year.