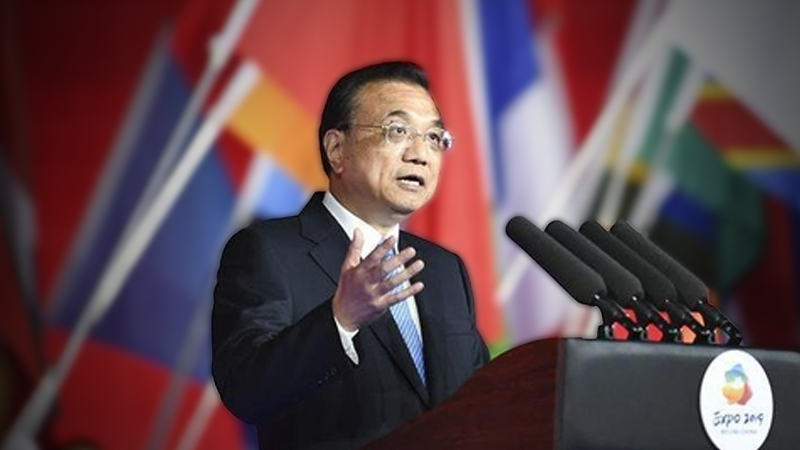 BEIJING – Chinese Premier Li Keqiang will on Friday embark on a five-day trip to Uzbekistan and Thailand for multilateral meetings and official visits, a key diplomatic move of China to build stronger ties and forge ahead with its neighbors for long-term stability and common development.

Besides visits to Tashkent and Bangkok, Li is scheduled to attend the 18th meeting of the Council of Heads of Government of the Shanghai Cooperation Organization (SCO), as well as the 22nd China-ASEAN (10+1) leaders' meeting, the 22nd ASEAN-China, Japan and South Korea (10+3) leaders' meeting, and the 14th East Asia Summit (EAS).

The trip is widely seen as a fresh effort to better align China's Belt and Road Initiative (BRI) with other national and regional development plans to enhance cooperation and work with its partners to defend multilateralism and promote free trade.

As neighborhood diplomacy serves as a key pillar of China's foreign policy, Li's trip will further cement political trust and grow ties between China and its neighbors, so as to build a closer and mutually beneficial community with shared prosperity.

Both the SCO and ASEAN (the Association of Southeast Asian Nations) are important platforms in the cooperation within the framework of the BRI, a vision initiated by China in 2013 to enhance regional connectivity and boost common prosperity by creating a network linking Asia with Europe, Africa and beyond. Meanwhile, Uzbekistan and Thailand, as traditional friends of China, also play vital roles in regional integration.

According to China's Ministry of Commerce, two-way trade between China and other SCO members -- Kazakhstan, Kyrgyzstan, Russia, Tajikistan, Uzbekistan, India and Pakistan -- went up to 255 billion U.S. dollars in 2018 with a 17.2 percent year-on-year increase. China has invested over 87 billion dollars to those countries by April this year.

For China-ASEAN ties, the 10-nation organization became China's second-largest trading partner in the first half of 2019 with a total volume of 288 billion dollars. It demonstrated the increasing will of both sides to work together to expand cooperation and broaden partnerships.

People-to-people exchanges between the two sides also blossomed. As major tourist destinations for each other, there are around 4,000 flights traveling between China and ASEAN countries every week.

After years of joint efforts, cooperation under the BRI is now on the path of advancing high-quality development, said Deng Hao, a senior researcher of the Department for European-Central Asian Studies in China Institute of International Studies (CIIS).

Deng noted that better alignments between BRI and other development strategies, such as Kazakhstan's "Bright Road" new economic policy and the Master Plan on ASEAN Connectivity 2025, will greatly foster high-quality growth in various areas and lift cooperation to new heights.

As the world is facing increasing uncertainties and the global economic recovery remains weak, China and its partners' choice to champion multilateralism and open markets wider is the right way to encounter protectionist measures that have threatened sustainable growth.

Negotiators for the 16-nation Regional Comprehensive Economic Partnership (RCEP) in the Thai capital are trying to finalize the free trade agreement, which is expected to create an integrated market of about half of the world's population.

If it succeeds, RCEP will become the world's largest free trade zone that accounts for nearly 30 percent of the world trade as well as about a third of global gross domestic product.

RCEP will be a spotlight during the East Asian leaders' meeting this year. Li Chenggang, assistant minister of commerce, told reporters ahead of the trip that the meeting will promote regional common prosperity and development, and send out a positive signal of building an open world economy.

At the RCEP-related ministerial meetings in October, 10 ASEAN countries and six Asia-Pacific countries -- China, Japan, South Korea, India, Australia and New Zealand -- reaffirmed their commitment to the conclusion of the negotiation by the end of this year.

Ruan Zongze, CIIS's executive vice-president, said it is noticeable that RCEP countries have sped up talks on the giant trade deal, which represented their common interests and the need to facilitate cooperation and safeguard the international order under the current circumstances.

As for the SCO, Deng said that the member countries are upholding multilateralism with concrete actions. He expected that the Chinese premier's trip to Tashkent will further invigorate trade ties in the SCO and make the region more interconnected.

A stable and prosperous region is in the interest of all. As the biggest country and an influential player of Asia, China puts neighborhood diplomacy as a priority in its foreign policy and has stayed committed to building closer partnerships and jointly creating a community with a shared future with its neighbors.

The past few months have seen even frequent visits by the Chinese leaders to neighbor countries. President Xi Jinping travelled to India and Nepal less than one month ago, and Vice President Wang Qishan just wrapped up his tour to Indonesia and Japan this month.

During Li's first official visit to Uzbekistan, the two sides will sign a series of agreements covering economy and trade, investment, science and technology, according to Assistant Foreign Minister Chen Xiaodong.

And the visit to Thailand, the first by Li in six years, will be a big boost to all-round cooperation between the two countries and bring their already-close relations to a higher level, Ruan said.

He highlighted the significant role of the BRI in helping build a community with a shared future for mankind, saying that Li's trip, by enriching the BRI cooperation, will solidify China's relations with its neighbors.

Under the principle of amity, sincerity, mutual benefit and inclusiveness, China has cooperated and will always cooperate with other countries and within multilateralist mechanisms such as the SCO and ASEAN for a more stable, peaceful and developed region, Deng said.