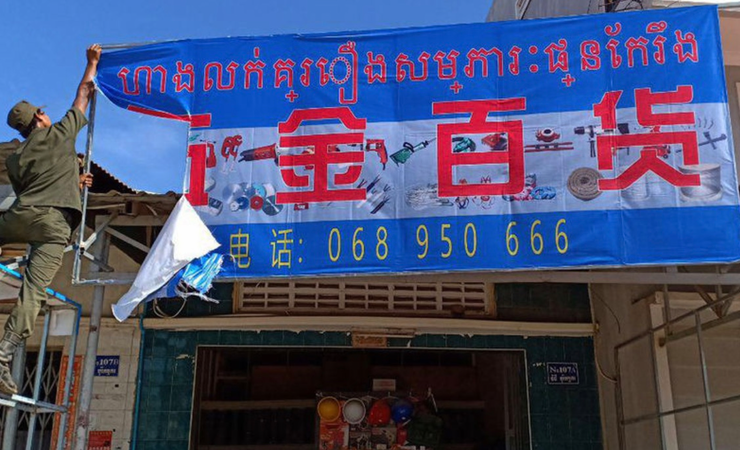 An interministerial meeting led by the Environment Ministry has decided to ban property developers from using Google Translate for their signboards and trademarks.

The meeting was held to carry out consultation and a full assessment of the environmental and social impact caused by poor translations at condominium and apartment development projects.

The meeting also decided to instruct developers to have discussions with specialists before making their signboards or trademarks, so there will be no mistakes in the translated Khmer language content.

Developers and owners now have to engage with language specialists and the relevant authorities to check the Khmer language before it is used.

Khmer wording on signboards has to be given precedence over foreign languages and be written above them.

This will ensure that the accuracy and standard of the Khmer translation is professionally done and not an insult to the language.

The meeting was attended by representatives from investment companies and E&A Consultant Co.

Ministry secretary of state and spokesman Neth Pheaktra, who led the meeting, said it banned project owners and companies from using Google Translate to obtain the Khmer translation of their names and signboards.

He said it was not only about the impact on the environment but also society, including national culture and tradition. “We have urged [developers] to do something about the signboards. They are foreign investors.

“We want them to discuss and seek the counsel of specialists for translation of their signboards. In the past, many translations were meaningless and cannot be used.”

In the first six months of this year, the municipal administration had taken down nearly 400 signboards, which contained the wrong meaning and letters.

“But in the last one month, we have taken down less than 20 signboards, which is an improvement. We will continue to run regular checks and remove meaningless signboards,” he said.

Pheaktrey said the reason foreigners and Chinese nationals alike had made their signboards incorrectly is that they were unfamiliar with the regulations in Cambodia.

“They were also not aware of where to have their signboards made, so they made them on their own or brought them from China. And they used the Google Translate app, which is why there were such mistakes,” he added.