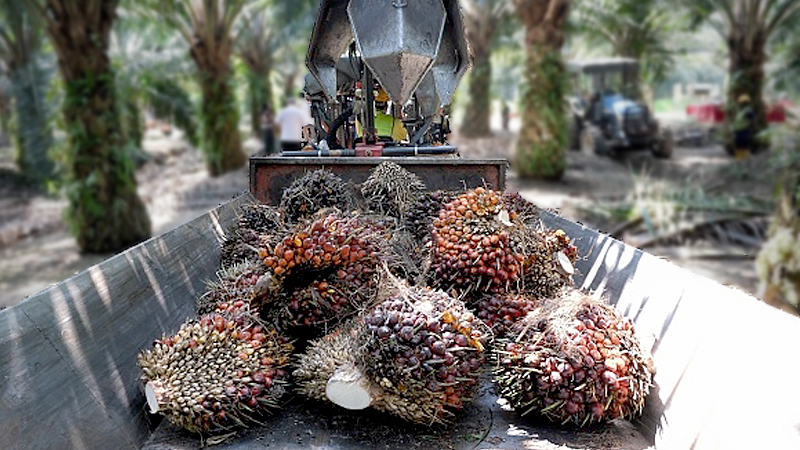 Palm oil fruit are seen inside the tractors at the Sime Darby Plantations on February 25 in Carey Island outside Kuala Lumpur. Photo: Getty Images

Malaysia will not take the issue of discriminatory trade barriers by the European Union (EU) against palm oil to the World Trade Organisation (WTO) yet as some of the EU countries had responded positively to Malaysia’s defence, Prime Minister Mahathir Mohamad said.

The premier said some EU countries had accepted Malaysia’s palm oil and had expressed their desire to buy palm oil.

“Until we find very positive discrimination, we will not act,” he said at a press conference after launching the MPOB International Palm Oil Congress and Exhibition (Pipoc 2019) on Tuesday (November 19).

Asked whether the actions by the EU so far were discriminatory, he said: “We have made a lot of announcements, and they seem to be convinced by what we are saying.”

In his speech, Mahathir said that Malaysia and other palm oil countries were stepping up efforts among global stakeholders to disseminate accurate information about sustainable oil palm plantations and to counter false allegations concerning palm oil with facts.

“Despite our best efforts, if certain importing countries choose to impose discriminatory trade barriers against palm oil-producing countries, we must not keep silent nor hesitate to take countermeasures.

“If there is any evidence that such discriminatory trade practices are in violation of any international laws, Malaysia and other producing countries under the Council of Palm Oil Producing Countries must seek intervention from the WTO,” he said.

At the press conference, Primary Industries Minister Teresa Kok said that a Cabinet paper on whether to bring the case to the WTO was now in circulation among some ministries and would be presented to the Cabinet for a decision soon.