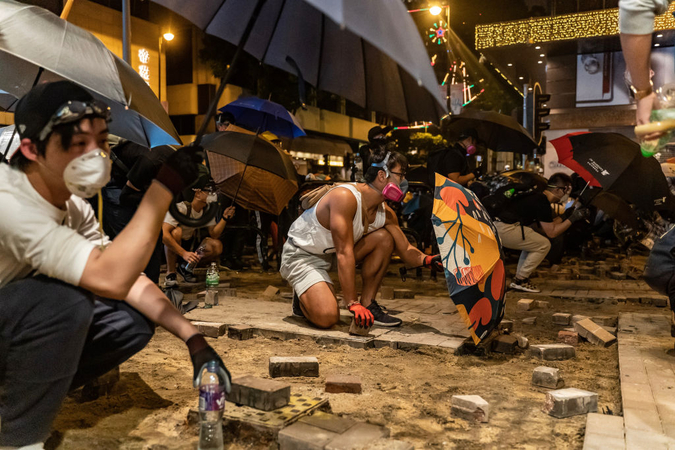 Taiwan universities have received a soaring number of applications from visiting students from Hong Kong colleges amid escalating tensions in the city where several institutions have cut short their first semester.

After months-long unrest in Hong Kong, tensions reached another height over the past week as violent clashes broke out on college campuses, including the Chinese University of Hong Kong and the Hong Kong Polytechnic University.

The ongoing chaos forced university authorities to announce the shortening of the semester due to safety concerns.

As of Monday afternoon, 623 out of 1,021 Taiwan students studying in Hong Kong universities had returned to Taiwan, according to the Ministry of Education.

Against this backdrop, some local universities have launched special programmes to accept them as guest students.

Chou said the number of applications from Hongkonger had drastically increased from the day earlier, adding that these students are demanding to study in Taiwan.

The students can start sitting in NTU classrooms as soon as December 2 and stay until the semester ends in January next year, Chou said.

Not only students but professors are looking to teach in Taiwan as well. National Sun Yat-sen University has received 10 applications of visiting students, while at least five professors from Hong Kong colleges have reportedly applied for visiting scholars too.