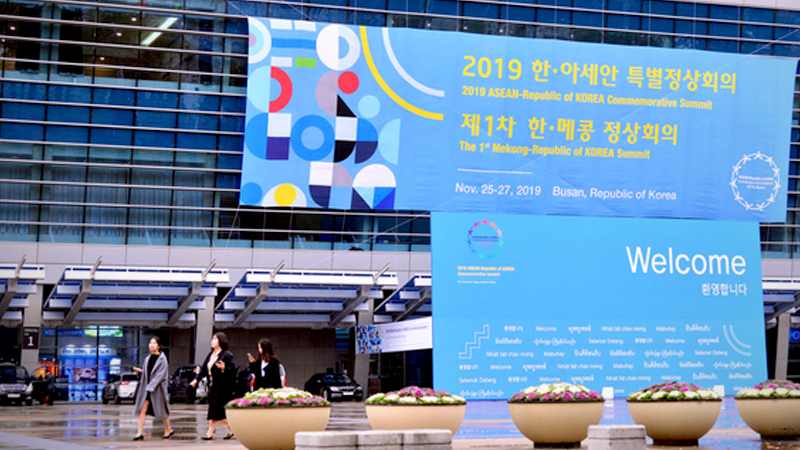 Bexco, where the ASEAN-ROK Commemorative Summit will be held Monday and Tuesday

Busan -- Busan is no stranger to a large influx of guests, but South Korea’s second-largest city was even more robust than usual this weekend with multiple events taking place on the eve of the 2019 ASEAN-ROK Commemorative Summit. Subway cars were plastered with ads for the ongoing ASEAN-themed events, including the “ASEAN Crafts: From Heritage to the Contemporary” exhibition running at ASEAN Culture House until Jan. 15.

The subway is a wise choice if you wish to bypass the streets near Bexco, the venue for the summit and many of the events.

The subway route to Bexco -- which sits between Centum City and Bexco stations -- would require a transfer to Line No. 2 at Seomyeon Station, which incidentally is among the busiest, booziest streets in Busan. It is also where the 2019 ASEAN-ROK Food Street will be until Wednesday, at the Busan Cultural Complex Center for Youth or Norimaru.

The anticipation for the event was apparent from the packed venue even before any of the booths opened the next morning, with people lining up as early as three hours before the ticket booth opened at 1 p.m., despite the light drizzle.

While the main convention center at Bexco was largely empty, a flock of visitors were headed toward the auditorium, where a long line of people waited to get into ASEAN-ROK Fashion Week. Even though it was two hours before the doors opened, men and women -- mostly in their 20s and 30s -- had already formed a long line.

The fashion week, which opened Friday, continues through Monday and features collections with various themes, including Korean traditional hanbok, and collaboration between Busan-based designers and young designers based elsewhere. The highlight of ASEAN-ROK Fashion Week is a fashion show featuring designers from Korea and ASEAN member states, which takes place Monday from 1-3 p.m. 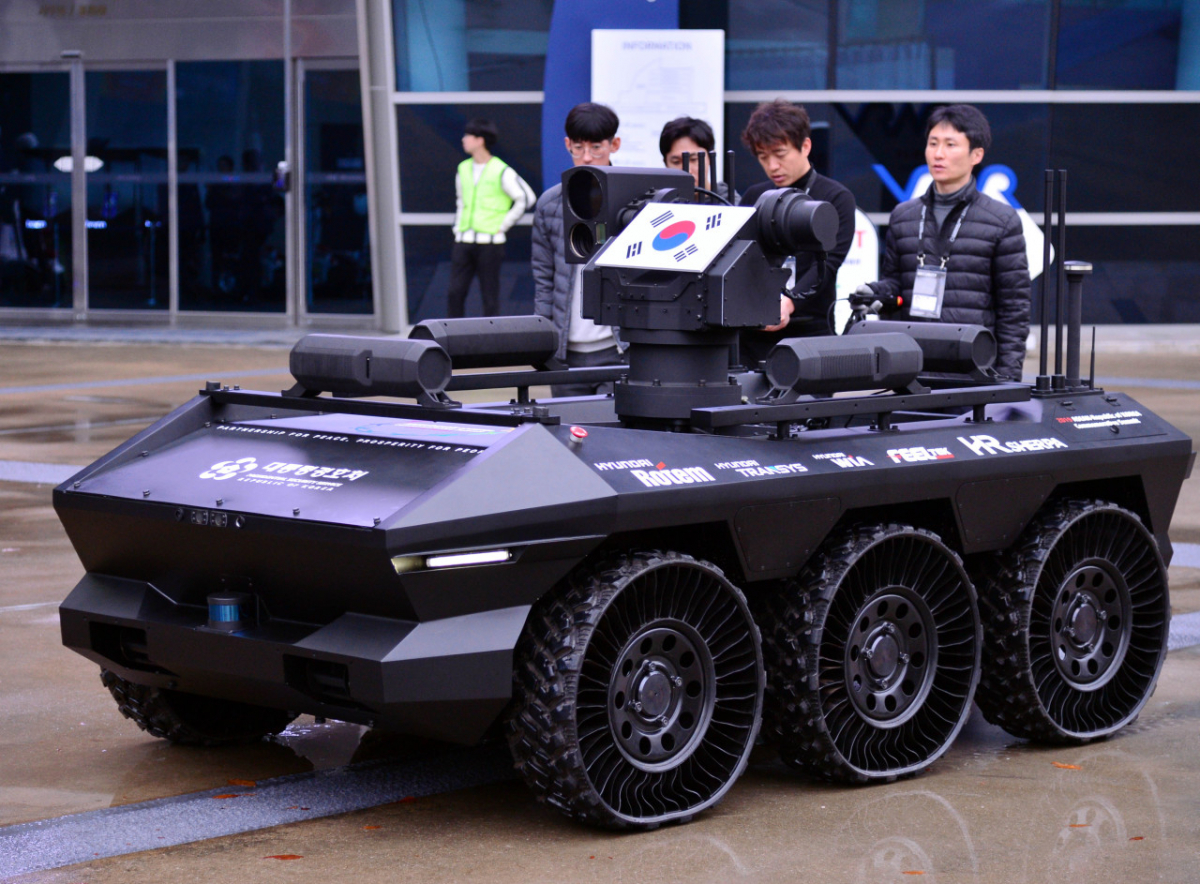 Even before the official kickoff of the summit, armed guards and armored trucks were seen patrolling the grounds. The entrance to the Bexco Center 1 was strictly restricted, as the pangovernmental security team -- consisting of officials from the Presidential Security Service, the National Police Agency, the National Fire Agency, the Ministry of National Defense, the National Intelligence Service and the Korea Coast Guard -- had commenced work Nov. 15.

The team is in charge of ensuring the safety of the delegates from the 10 ASEAN states, dispatching helicopters whenever a top-level figure from one of the participating nations is on the move and sweeping the area with drones and automated reconnaissance vehicles.

Information robots, like those used in 2018 during the PyeongChang Winter Games, were dispatched across the exhibition center to help visitors around Bexco.