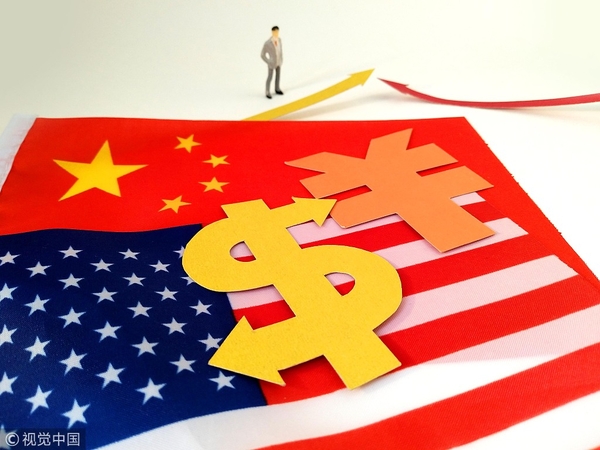 The nature of Sino-US economic and trade cooperation is mutually beneficial.[Photo/VCG]

China hopes to settle trade issues with the United States as soon as possible in a way that satisfies both sides, an assistant commerce minister said on Monday.

Assistant Commerce Minister Ren Hongbin said China hopes the two sides will advance trade consultations in line with the principles of equality and mutual respect, take into account each other's core concerns and achieve satisfactory results as soon as possible.

The nature of Sino-US economic and trade cooperation is mutually beneficial,  Ren said during a press briefing in Beijing.

Since early October, China and the US have been negotiating a phase one dealaimed at de-escalating the prolonged trade dispute.