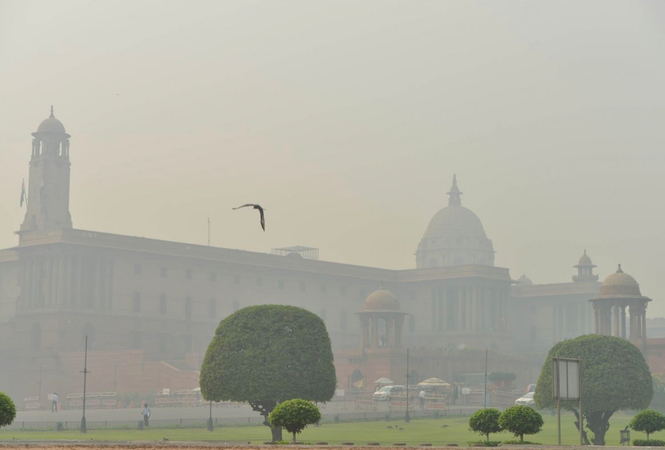 By The Statesman /ANN

The improvement in India’s position is embedded in the current level of per capita emissions and use of energy.

For all the grim foreboding of air pollution, most particularly in Delhi and Kolkata but elsewhere too, the signal from Madrid cannot but be comforting for the people of India. Whether or not it would be justified quite yet to engage in a bout of drum-beating, it sure is an encouraging development that the country ~ for the first time ~ ranks among the top ten (Ninth rank) in the Climate Change Performance Index (CCPI) that has been advanced at the ongoing UN conference on climate change in Madrid.

This is a distinct improvement from the eleventh position. The annual report is explicit on the point that India has fared well in the four crucial parameters ~ greenhouse gas (GHG) emissions, renewable energy, climate policy and energy use. The fact that no country has made it to the Top Three would suggest that overall the environment as well as the climate remain direly distressing. The slots have been left vacant as none of the countries assessed is “on a trajectory that is compatible with the Paris Agreement of 2015”.

Rightly has India asked the rich nations to “look in the mirror” and first assess whether those who actually developed their economies by emitting carbon in the past have delivered on their promises, instead of merely looking for new goalposts and treating disasters as an opportunity to “profit” from. “It’s time for reflection and assessment as we near the end of the pre-2020 period”, has been this country’s message to the comity of nations. The CCPI is a ranking of 57 countries. The European Union is collectively responsible for about 90 per cent of the global GHS emissions. The CCPI 2020 indicates that the EU collectively (22nd) and China (30th) rank below India in the list. The world’s second largest global emitter, the United States of America, has been ranked at the bottom of the scale, in the also-ran category. It has been placed in the company of Turkey, Poland, Japan, Russia, Canada and Australia. A lesson there for the likes of Donald Trump.

The improvement in India’s position is embedded in the current level of per capita emissions and use of energy. Both are still relatively low in India. The report states: “While the country receives an overall medium rating in the renewable energy category, India’s 2030 renewable energy target is rated as very high for its well-below 2 degree C compatibility”. While India’s overall rating in terms of Climate Policy has been remarkably high, the word of caution advanced by experts also calls for reflection.

Not the least because “the government has yet to develop a roadmap for the phase-out of fossil fuel subsidies that would consequently reduce the country’s high dependence on coal”. The fineprint must be that despite the achievement, India still has promises to keep and miles to go before any proud boast of a clean ambience.