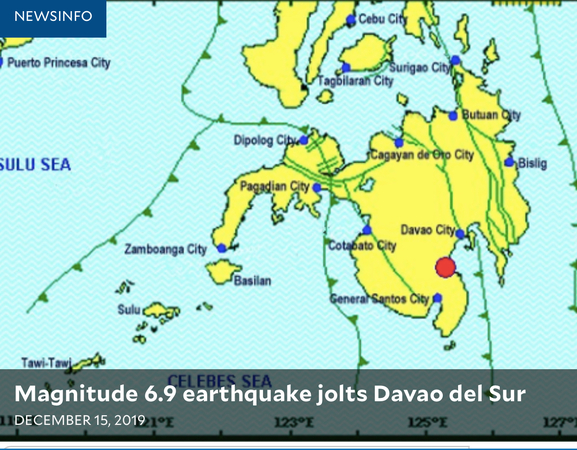 The quake struck at 2:11 p.m. with epicenter 6 kilometers northwest of Padada.

Phivolcs said that the tremor was of tectonic origin and had a 30-kilometer depth of focus, sending people out of their houses and buildings in Digos City.

The tremor was also felt in other areas at various intensities:

Residents in the area may expect further aftershocks and damage, Phivolcs added.