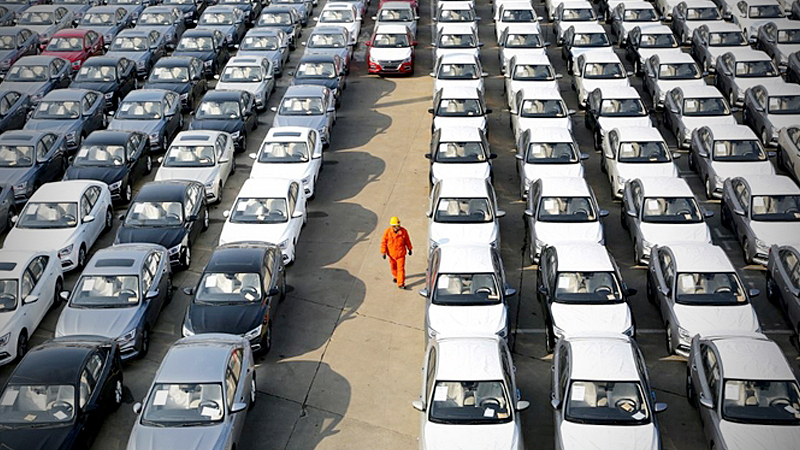 Cars made in China are ready for export in Lianyungang Port, Jiangsu province. [Photo by Wang Chun/For China Daily]

Minister: China will not cut subsidies substantially for the emerging sector

As new energy vehicle sales in China fell by 4 percent last year, the segment's first decline in the country, industry experts have urged new measures, especially non-monetary ones, to fuel its development. 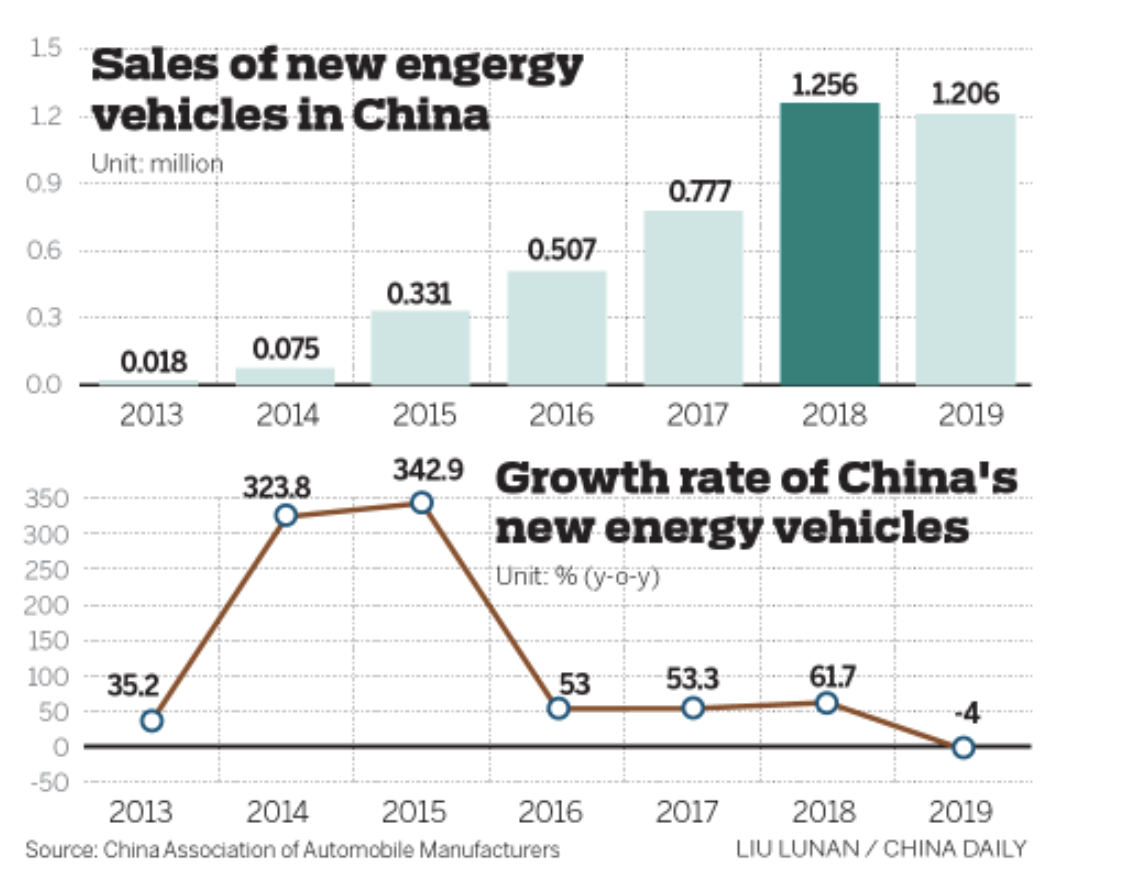 Chinese and international carmakers delivered 1.206 million electric cars and plug-in hybrids in China last year, down from 1.256 million in 2018, according to the China Association of Automobile Manufacturers.

"The fall was primarily the result of a cut in government subsidies in late June 2019," said Chen Shihua, deputy secretary-general of the association.

"Due to the small scale of the segment, new energy carmakers are losing money. The sharp fall following the subsidy cut shows the segment is still in need of policy support, at least measures to facilitate their use," said Chen.

At an industry forum on Saturday, Miao Wei, minister of industry and information technology, said the government will not reduce the subsidies substantially this year to stabilize the market and ensure the segment's healthy development.

China started to finance the segment in 2009 and has been phasing out since then.

Miao said the ministry is working on guidelines for the segment's development and will promulgate them soon.

Dong Yang, vice-president of leading industry think tank China EV 100, urged the authorities to clarify the policies as soon as possible so that carmakers are prepared. "Give them something they can be sure about. They need a stable policy and environment," said Dong.

Despite the temporary setback, Miao said China's new energy vehicle industry has gained a lead globally and the country will continue the strategy to consolidate the momentum.

"There is no change in the sound and long-term development of new energy vehicles," he said.

China overtook the United States as the largest market for new energy vehicles in 2015. Since then, annual sales in China have accounted for more than half of the global total.

By the end of last year, there were around 3.8 million electric cars and plug-in hybrids in China, according to data from the Ministry of Public Security.

It expects vehicle sales to fall by another 2 percent this year because of the slowing economy and the ongoing trade friction between China and the United States.

Miao said on Saturday that he expected the overall vehicle market to hit the bottom in 2020 or 2021 and then rebound.

Last year, most of the carmakers in China were affected. SAIC Motor, the country's largest carmaker, delivered 6.24 million vehicles, down 11.54 percent year-on-year.

GM, the country's second bestselling foreign carmaker, saw its sales in the country fall by 15 percent from a year earlier to 3.09 million units. The company delivered 3.65 million vehicles in 2018 and 4.04 million units in 2017.

Honda was one of the few that was insulated last year. With its two joint ventures, the Japanese carmaker sold a company-record 1.55 million cars in the country last year.

Most premium carmakers saw their sales rise despite the headwinds that have lingered for two years.

Volvo said its sport utility vehicle models served as a particular highlight as the company gained market share in China, the United States and Europe amid stagnating global car markets.

Mercedes-Benz delivered 693,443 vehicles of its namesake brand in the country, up 6.2 percent year-on-year and was China's best-selling premium vehicle brand.

Hubertus Troska, a board member of Daimler AG responsible for the China region, termed 2019 as "remarkable" for the company's operations in China, as it contributed to nearly one third of its global sales.

Audi's China sales grew 4.8 percent year-on-year last year to 688,888 units. Lu Yi, executive vice-president of Audi China, said he expects the premium segment to grow further this year, although it is hard to say by how much it will grow.