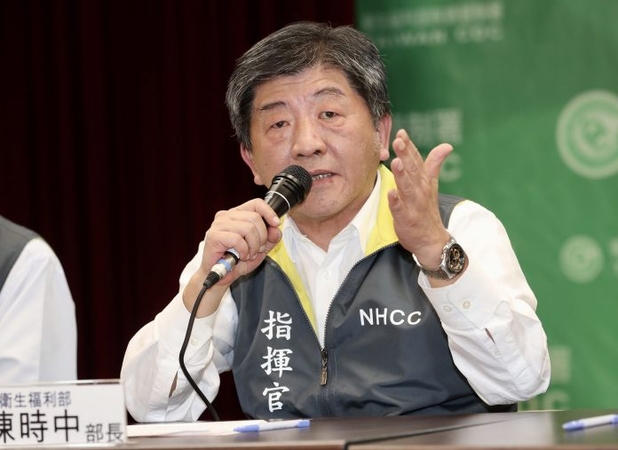 Chen Shih-Chung, Minister of Ministry of Health and Welfare speaks at a press conference on Tuesday. (CNA)

The epidemic response command center was established on Monday by Taiwan Centers for Disease Control (CDC,疾管署) in response to the growing spread of the SARS-like virus.

The patient is a Taiwanese citizen who works in the Chinese city of Wuhan, the origin of the outbreak.

Per the command center, the patient reported to epidemic control officials at Taoyuan International Airport when she landed. She is currently under quarantine.

Earlier today, a female traveler showing symptoms of the SARS-like virus is under quarantine at a local hospital, Hualien County Health Bureau reported.

Her fever had broke before she was taken to the Mennonite Christian Hospital, according to Chu. Officials have collected samples per government guidelines to determine if she is infected with the novel coronavirus, dubbed 2019-nCoV by the World Health Organization (WHO).

The command center warned that it is illegal to spread unconfirmed information on the outbreak, hoping to avoid unnecessary incitation of fear.

The announcement came after Hsinchu MacKay Memorial Hospital (新竹馬偕醫院) put up a poster at the entrance of its emergency room on Monday, which read “there is a suspected case in the emergency room, please put on face masks when entering.”

In response, CDC Deputy Director-General Chuang Jen-hsiang (莊人祥) said that there have been reports of several suspected cases, most of which have been determined negative.

Hsinchu MacKay Memorial Hospital (新竹馬偕醫院) has since taken down the poster.

Those who have traveled to China and shown respiratory symptoms must report to local hospitals, Chuang said. Not complying could result in a NT$10,000 to NT$150,000 fine.