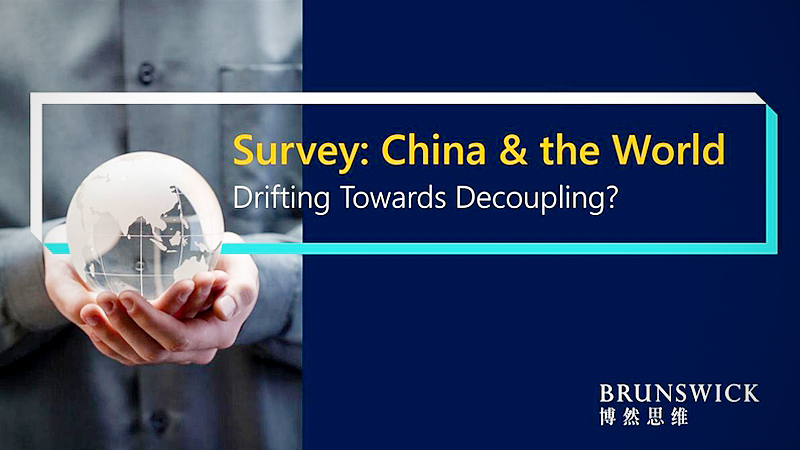 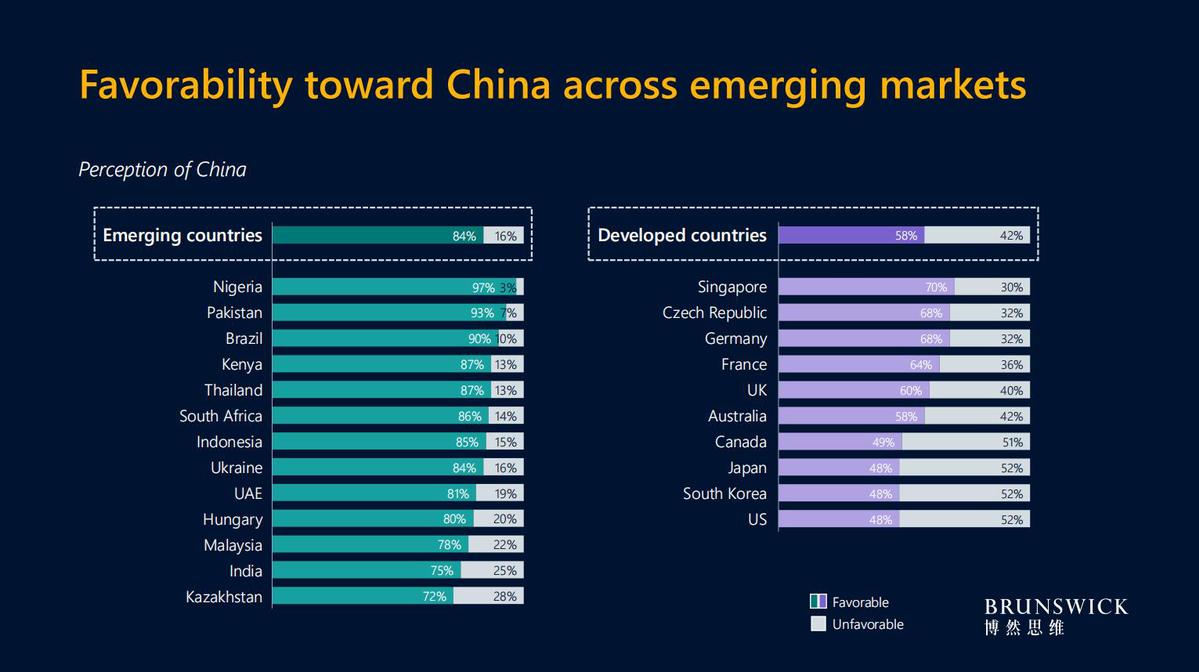 As per the report, positive opinions of China remained stable in the United States at 48 percent, the United Kingdom at 60, Germany and the Czech Republic at 68.

The Select Findings are based on a survey of 9,700 respondents in 23 countries, ranging from developed markets like the US, UK and Germany, to emerging countries across Africa, Asia, Europe and the Middle East.

The findings showed that the divide of public perceptions between developed and emerging countries is impacted by differing outlooks on China's rising economic and political leadership. 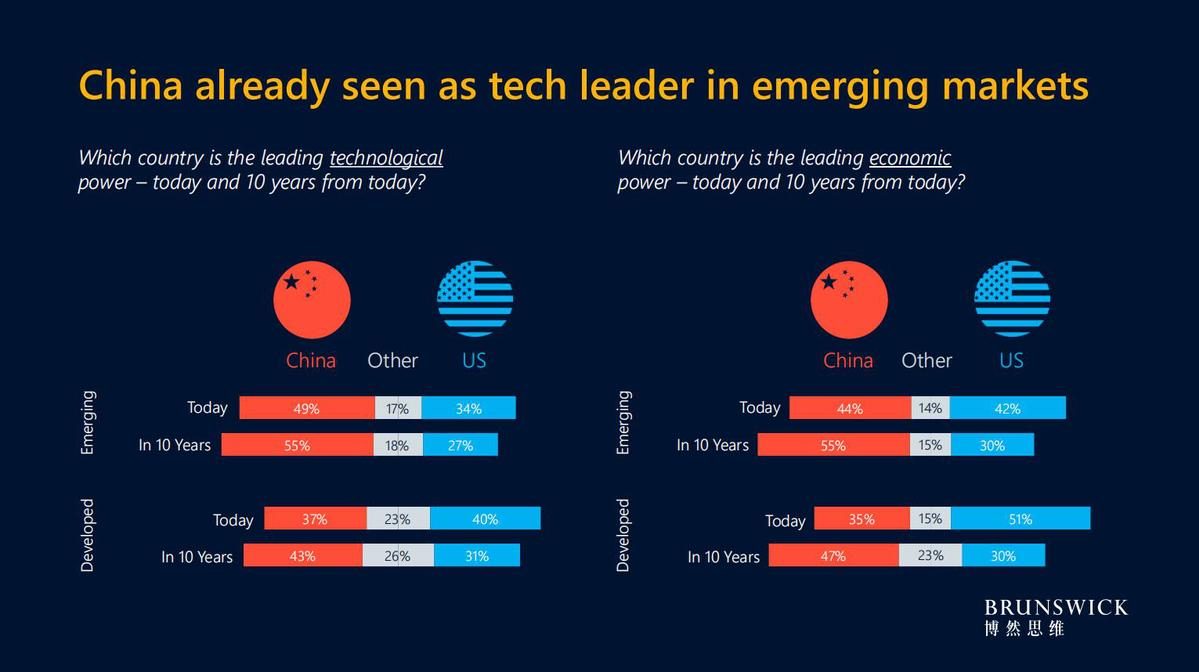 The survey findings also indicate that China's economic and technological leadership is expected to grow, which may create new areas for competition and tension in the future.

"China has a vision for the future and has found support along the Belt and Road," said Mei Yan, Brunswick Group's chair of China. "Now, the developed world must take into account the reality of China as a leading economic and technological power."