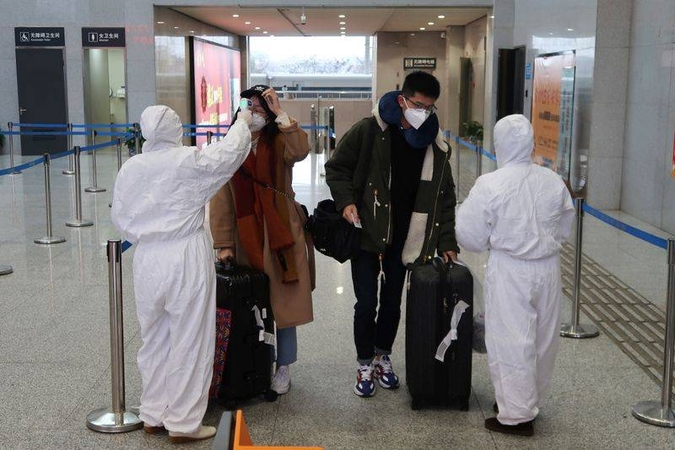 FILE PHOTO: Workers in protective suits check the temperature of passengers arriving at the Xianning North Station on the eve of the Chinese Lunar New Year celebrations, in Xianning, a city bordering Wuhan to the north, in Hubei province, China January 24, 2020. REUTERS/Martin Pollard

JOHOR BARU: A toddler from China whose parents dodged quarantine after the child was suspected to have been infected with the Wuhan coronavirus (2019-nCoV) has been detained at the Senai International Airport here.

"They have been sent to the hospital for quarantine and further examination as well as treatment," he said when contacted here.

It was earlier reported that the two-year-old's parents had avoided being quarantined despite instructions from the hospital.

According to a police report filed by a doctor from Hospital Sultanah Aminah, the two-year-old patient who was referred to the hospital by a private hospital had influenza-like symptoms and was suspected to have the Wuhan coronavirus.

The doctor, along with another paediatrician had told the parents that the child had to be sent for quarantine at Hospital Permai and for further examination but the parents refused as they had to catch a flight the next day.

Johor Health director Dr Aman Rabu said that the department is investigating the case and would send a result of the report to the Health Ministry.