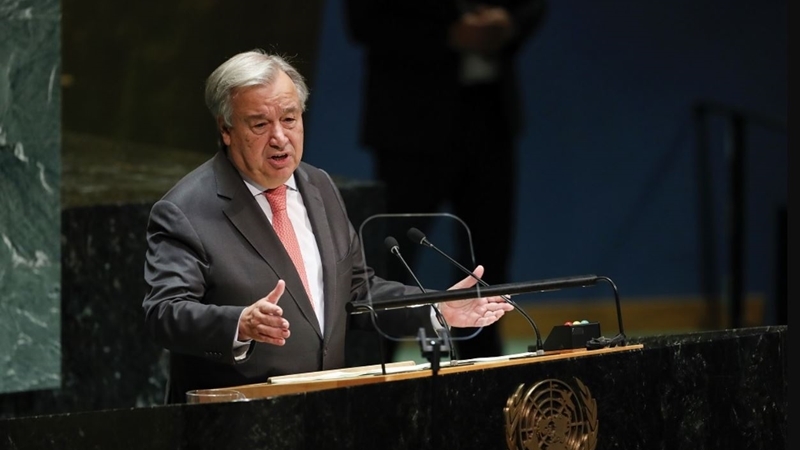 UN Secretary-General Antonio Guterres arrived on Sunday on his first official visit to Pakistan to attend an international conference on Afghan refugees.

Guterres will also be visiting the holy Sikh shrine in Kartarpur.

During his visit, the UN chief will speak at the international conference ’40 Years of Hosting Afghan Refugees in Pakistan’, Dawn news reported.

The two-day conference in Islamabad, starting on February 17, will be a recognition of Pakistan’s “tremendous generosity” in hosting millions of refugees from Afghanistan over four decades, his spokesman Stephane Dujarric said during a regular noon briefing at the UN Headquarters in New York on Friday.

The conference is being organised by the Pakistan Government and the UN Refugee Agency (UNHCR) and will be inaugurated by Prime Minister Imran Khan. Various senior US officials will also attend the conference.

Guterres is expected to meet with Imran Khan and other high-level government officials, according to his spokesman.

On Tuesday, he will visit Lahore where he will meet students and attend an event on Pakistan’s polio vaccination campaign.

He will also travel to Kartarpur to visit the Sikh holy site of Gurdwara Kartarpur Sahib.

He will visit Gurdwara Kartarpur Sahib before returning to New York on February 19.

Last year, the UN chief welcomed the opening of the Kartarpur Corridor between India and Pakistan and said that it paved the way for interfaith harmony and understanding.

The Kartarpur Corridor links Dera Baba Sahib in Gurdaspur in India and Gurdwara Kartarpur Sahib in Pakistan. It was opened on November 9 in a historic people-to-people initiative between the two countries.

According to the agreement between Pakistan and India, 5,000 pilgrims from India can visit the shrine daily and the number can be increased in future.

The requirement of passport and the USD 20 service fee have been waived and for last year in November by Pakistan.

Guru Nanak Dev spent the last 18 years of his life at Kartarpur Sahib, which has now become the world’s largest Sikh Gurdwara.