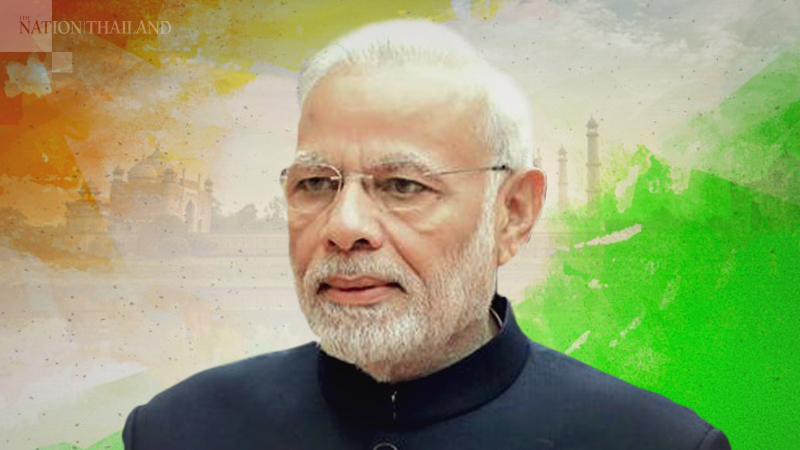 PM Modi said, “India awaits your arrival POTUS, Your visit is definitely going to further strengthen the friendship between our nations. See you very soon in Ahmedabad.” This will be US President Trump’s first visit to India. It will be his fifth meeting with PM Modi in eight months.

As the President of United States (US) Donald Trump has departed for India from White House today, Prime Minister Narendra Modi tweeted, “India awaits your arrival. See you very soon in Ahmedabad.”

Trump also tweeted in Hindi on his way to India,  as a personal connect with the people here in one of the official languages, shortly before reaching Ahmedabad.

PM Modi tweeted as a reply on Trump’s tweet, “Departing for India with Melania! “just before departing.The US President, his wife, daughter Ivanka Trump and son-in-law Jared Kushner along with a large delegation are visiting India from today, till tomorrow.

In Ahmedabad, President Trump will visit the ‘Sabarmati Ashram’ first. Then he will address the ‘Namaste Trump’ event jointly with Prime Minister Narendra Modi at the newly built Motera cricket stadium.

After the event, the US President and the First Lady will visit Agra, where they will spend about an hour at the Taj Mahal before the sunset. President Trump will then depart for Delhi.

In New Delhi, they will have a full programme on Tuesday.

The Tuesday programme will include ceremonial events, bilateral meetings with the Prime Minister, a business event with Indian investors, with a special focus on companies that are investing in manufacturing in the US.

Donald Trump will also have a meet-and-greet with the US embassy staff and a meeting with his Indian counterpart Ram Nath Kovind.

To conclude the visit, there will be a state dinner at the Rashtrapati Bhavan on Tuesday evening.

The US on Saturday officially confirmed that a 12-person delegation will accompany President Donald Trump and First Lady Melania during their two-day trip to India on Monday.

Meanwhile, India hopes to sign a trade deal with the United States during Trump’s visit. However, the US president said on Wednesday that he might postpone the trade agreement till the US presidential elections.

The United States on Friday said it was unlikely that a trade deal would be inked with India during President Donald Trump’s upcoming visit to the country as the concerns that led to India’s removal from the Generalized System of Preferences still persist.

As per reports, US Trade Representative Robert Lighthizer, who has been negotiating a trade deal with India, is not travelling with Trump on the India trip. In fact, he had cancelled his earlier trip to India as well.

This will be US President Trump’s first visit to India. It will be his fifth meeting with PM Modi in eight months.