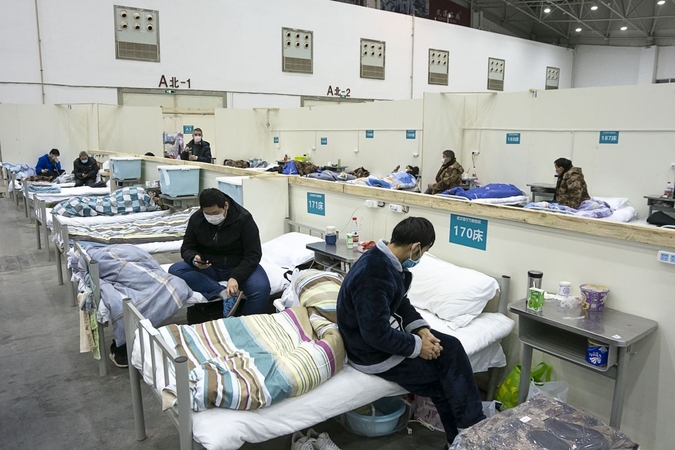 With 2,592 deaths in China due to the deadly Coronavirus, India on Sunday said some restrictions were imposed on export of certain medical equipment to China in view of their short supply within the country and asserted that precautions taken by authorities were in accordance with the World Health Organisation’s advisory on the novel disease. MEA spokesperson Raveesh Kumar said that responding to the needs of China, India had allowed a one-time exemption for the export of some items which had

The comments by the Spokesperson in the Ministry of External Affairs came after China raised the issue of India restricting the export of certain medical supplies to it following the coronavirus epidemic in that country.

“It is hoped that the Indian side could review the epidemic situation in an objective, rational and calm manner, handle with China’s much-needed items in a cooperative and constructive way, and resume normal personnel exchanges and trade between our two countries as soon as possible,” Chinese Embassy Spokesperson Ji Rong said earlier.

She said the World Health Organisation has repeatedly opposed any travel and trade restrictions on China following the coronavirus outbreak and that all parties should follow the recommendations by the global body.

Replying to a query on the issue, Ministry of External Affairs Spokesperson Raveesh Kumar said the precautions taken by India are in accordance with the WHO advisory about the outbreak of coronavirus infection. He said some restrictions have been imposed on the export of certain medical equipment to China in view of the shortage of their supply in India too.

“Just like any other country, India with a billion-plus population has the responsibility to take the necessary measures to combat the spread of the COVID-19 (coronavirus) outbreak which, if not properly managed, can become a global risk,” he said.

Kumar said that responding to the needs of China, India had allowed a one-time exemption for the export of some items which had been restricted. The MEA spokesperson also mentioned about Prime Minister Narendra Modi’s letter to Chinese President Xi Jinping earlier this month, offering India”s assistance to China in the “hour of need”.

He also referred to India’s decision to send medical relief on board a special flight to China and hoped that the Chinese authorities will give permission for the aircraft to go to the country.

“In a humanitarian gesture of medical relief, a gift reflecting the solidarity of the people of India with the people of China is expected to be delivered to Wuhan by a special flight,” he added.

“We have also called upon the Chinese authorities to allow Indian citizens and those of our neighbouring countries to return by the same flight. We hope that they will give it positive consideration,” Kumar said.

On Saturday, government sources said that China was “deliberately delaying” permission for the Indian Air Force plane to coronavirus-hit Wuhan to supply relief materials and bring back more Indians from the city.

They said though flights from Japan, Ukraine and France were allowed to operate from Wuhan, Indian request was not heeded to so far. Last week, Chinese Ambassador Sun Weidong urged India to review restrictions on trade and movement of people.

Almost all Indian airlines have stopped flights to China while the government has cancelled all e-visas as well as normal visas issued to Chinese citizens. India has already evacuated around 640 Indians from Wuhan, the epicentre of coronavirus outbreak, in two separate flights. According to estimates, over 100 Indians are still stuck in Wuhan.