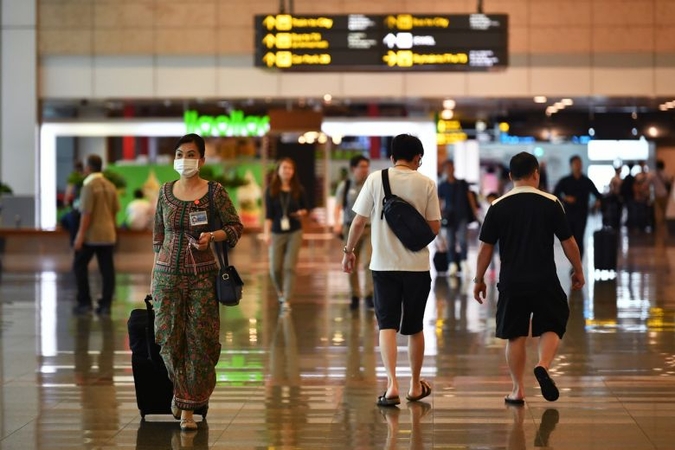 BANGKOK - Thailand's Health Ministry on Sunday (March 8) included Singapore among the countries and territories that it advises as unsafe for travel due to the coronavirus outbreak, spelling another blow to the island-state's tourism sector.

At a daily press conference, a Health Ministry spokesman advised Thai citizens against travelling to Singapore, Japan, France and Germany.

"As more countries have been affected by Covid-19, Thailand will have a higher risk of imported Covid-19 cases," Dr Thanarak Phaliphat, deputy director-general of the Disease Control Department, told a press briefing.

"Currently, we're trying to adjust our measures to handle the higher risk," he added.

The remark came amid mixed messaging from the government on a self-quarantine requirement for travellers from high-risk countries.

Last Friday, Dr Thanarak confirmed that a two-week self-quarantine order was not mandatory, but only recommended for those coming from countries hit by the virus.

Only undocumented Thai workers returning from in South Korea are being put under quarantine in government facilities.

Thailand is the latest country to warn against travel to Singapore.

In early February, Kuwait, Qatar, South Korea and Israel urged their citizens to defer non-essential travel to the Republic after its disease alert level was raised to code orange.

Indonesia and Taiwan followed with travel alerts, telling their citizens to take precautions if visiting Singapore.

Britain has told travellers returning from nine countries and territories, including Singapore, to monitor their health and practise social distancing for 14 days following their return.

India in late February advised its citizens to avoid all non-essential travel to the city-state.

Singapore has imposed travel restrictions of its own over the Covid-19 outbreak. All new visitors with recent travel history to mainland China, Iran, Northern Italy and South Korea within the last 14 days have been barred from entry or transit through Singapore.

The Singapore Tourism Board (STB) is projecting a 25 to 30 per cent drop in visitor arrivals this year as the deadly coronavirus continues its global spread.

This estimation is steeper than the 19 per cent decline in 2003, when Singapore endured the severe acute respiratory syndrome (Sars) outbreak.

STB chief executive Keith Tan said at an annual year-in-review last month that Singapore was losing an average of 18,000 to 20,000 international visitor arrivals every day due to the outbreak.
Tags:
Thailand Singapore against travel tourism worries