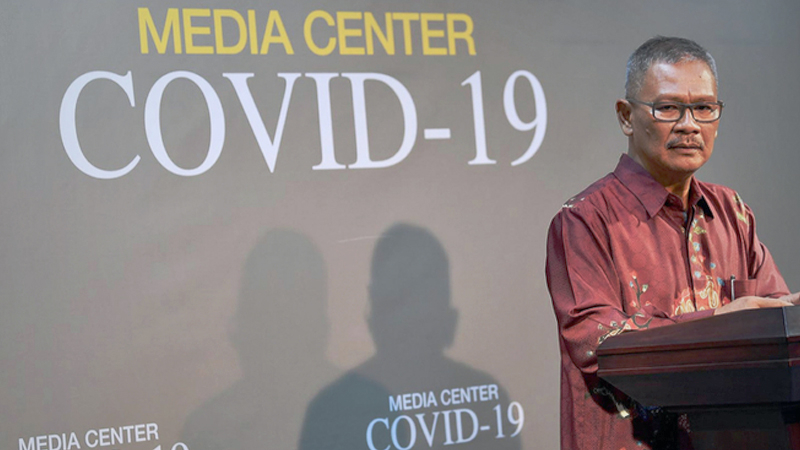 Indonesia announced 21 new confirmed cases of COVID-19 on Sunday afternoon, bringing the total of recorded people infected with the new disease to 117.

“Today, we received reports of 21 new cases, 19 of which are in Jakarta and two in Central Java,” Health Ministry Disease Control and Prevention Director General Achmad Yurianto said on Sunday, as quoted by kontan.co.id.

He declined to elaborate on the cases, saying only that they were linked to previous cases reported in the capital.

Yurianto said the ministry would relay the findings to the hospitals in which the patients are being treated.

The data, he added, was needed so that the medical teams in charge of treating the patients could give them a proper explanation on the next steps to be taken, including isolation.

The doctors must also inform local health authorities on the new cases so that the relevant authorities in the respective region could begin contact tracing, Yurianto said.

“Afterward, the health agencies should inform the local governments. It is their prerogative to decide whether to announce [the new cases] to the public, without neglecting their privacy as mandated by law,” Yurianto said, adding that he believed regional leaders had their own policies to contain the spread of the virus.

The WHO said on Saturday that the virus had been circulating in 136 countries, with 13 new countries reporting their first cases. At least 5,393 people have died of the disease, but more than 73,900 have recovered worldwide.

Some prominent figures around the world – from celebrities to high-ranking officials -- have tested positive for COVID-19, including Indonesian Transportation Minister Budi Karya Sumadi. (asp