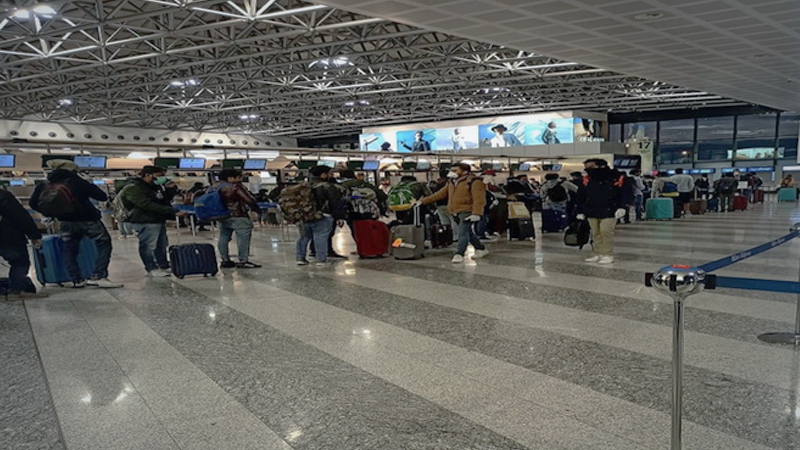 By The Statesman/ ANN

There are now 156,400 coronavirus cases worldwide, according to Johns Hopkins, with 5,833 deaths related to the virus.

The novel Coronavirus pandemic, which began in the Hubei province of China, has infected more than 1, 56,000 people and killed over 5,800 globally.

In India, the number of Coronavirus cases have gone up to 107 on Sunday, which includes two persons who died in Delhi and Karnataka, the Union Health Ministry said.

A special Air India aircraft carrying 211 Indian students and seven compassionate cases, who were stuck in Italy after flights were cancelled due to the Coronavirus outbreak, landed in Delhi today morning. “211 students & 7 compassionate cases departed by AI flight #Milan. All those who helped us through this difficult situation, special thanks to @airindiain team & Italian authorities. Consulate will continue to ensure the welfare of all Indians in northern #Italy,” Indian Consulate in Milan tweeted.

Meanwhile, another batch of 234 Indians stranded in Iran also reached Delhi in a Mahan Air flight early this morning. They were sent to an army quarantine facility in Rajasthan’s Jaisalmer in two Air India flights.

While a 76-year-old man from Karnataka’s Kalaburagi who had recently returned from Saudi Arabia died on Thursday, a 68-year-old woman in Delhi who had tested positive for COVID-19 passed away at the Ram Manohar Lohia (RML) Hospital on Friday night.

Delhi has reported seven positive cases and Uttar Pradesh 11 so far. Karnataka has six Coronavirus patients while Maharashtra 19,Ladakh 3 and Jammu and Kashmir 2.

Kerala has recorded 22 cases, including three patients who were discharged last month after they recovered from the contagious infection with flu-like symptoms.

The government has asked people not to panic, saying no community transmission of the virus has been observed and there has only been a few cases of local transmission so far and that it is “not a health emergency” in India at present.

The Central government on Saturday declared the pandemic a “national disaster”. Earlier, the Central government had also announced an ex gratia of Rs 4 lakh to the families who died of the virus. Moments later, the Government reissued a fresh “modified order” with no mention of any ex-gratia compensation.

The Ministry of Home Affairs in a letter to states and union territories stated.“Keeping in view that spread of COVID-19 virus in India the declaration of it as pandemic by World Health Organisation, the Central government has decided to treat it as a notified disaster and announced to provide assistance under State Disaster Response Fund (SDRF).”

With the World Health Organisation (WHO) declaring COVID-19 a pandemic, a Health Ministry official said over 4,000 people who had come in contact with the 93 positive cases have been identified through contact tracing and were being tracked while 42,000 people across the country are under community surveillance.