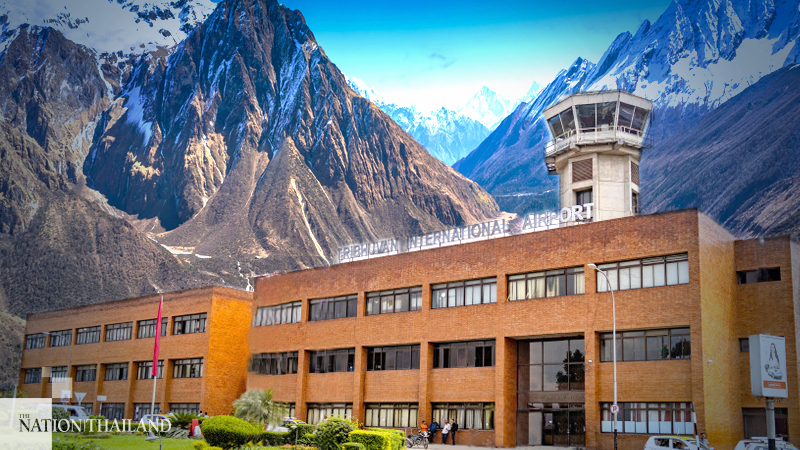 All passengers, including Nepalis, flying in from Europe, the UK, West Asia, and the Gulf will not be allowed into the country until April 15.

The government has banned all passengers, including Nepalis, from entering Nepal from European Union territories, including the United Kingdom, West Asia, Gulf countries and countries like Iran, Turkey, Malaysia, South Korea and Japan. The ban will come into effect from March 20 midnight and will remain in place until April 15.

All passengers transiting in these locations are also prohibited.

Movement from China, however, has remained inexplicably open.

A meeting of the high-level coordination committee led by Deputy Prime Minister and Defense Minister Ishwar Pokhrel took these decisions on Wednesday.

“The decision means that all Nepalis who are currently outside the country have to enter Nepal by Friday midnight,” said Rajan Pokhrel, director-general of the Civil Aviation Authority of Nepal, one of the members of the committee. “As the Indian government has banned the entry and exit of all passengers from its airports, we didn’t deem it necessary to ban passenger movement to India.”

There are, however, concerns regarding the status of Nepalis who are currently abroad, especially if their visas expire and they do not have enough money to remain abroad.

According to the committee, this issue will be handled by Nepal’s diplomatic missions abroad and coordinated by the Foreign Ministry.

“This is a practical issue that needs to be resolved by the Foreign Ministry,” said Ram Chandra Tiwari, information officer at the Department of Immigration. “Such issues will be settled through diplomatic channels.”

The ban on entry comes in response to the ongoing Covid-19 outbreak that has paralysed the world. As the coronavirus has spread to over 160 countries, numerous nations have placed travel bans and are shutting down borders in order to contain the spread of the disease.

This is the third step of restriction after the government on March 2 suspended the visa-on-arrival regime for nationals of five countries — China, South Korea, Japan, Italy and Iran which were badly affected by the COVID-19 pandemic.

Subsequently, on March 11, the government decided to temporarily stop issuing on-arrival tourist visas to all countries, including the Non-Resident Nepalis.

“This is the most rigid step taken by the government as of now. If the scenario becomes more extreme, there is a possibility that the government could place the country’s sole international airport under lockdown for all passengers,” said Pokhrel.

“But in view of essential supplies that need to be flown, the government may not restrict the flights. Everything will be decided step by step.”

According to the airport authority, after the decision to temporarily stop issuing on-arrival tourist visas to all countries, inbound passenger movement plunged to just 3,064 individuals on March 17. Among them, 2,904 were Nepalis and 160 foreigners. On a normal day, Nepal’s sole international airport receives 5,000 inbound passengers.

As per the high-level coordination committee’s decision, if any foreign tourist currently in Nepal is unable to return to their country, the government will extend their visas as per the prevailing law. However, tourists need to apply for the extension before their visas expire.

For passengers who have already purchased flight tickets to or from Nepal, and wish to cancel their trip, airlines should handle their refund requests free of charge, according to the committee’s decision. The coordination committee has asked the Tourism Ministry to direct all airlines to not charge passengers for postponement.

The government has also decided to shut down all cinema halls, gyms and health clubs, museums and cultural centres until April 30, and has banned gatherings of more than 25 people at a time, whether it be for cultural, social or religious activities at party palaces, temples, monasteries, mosques, churches and other religious and public spaces.

Nepal has only reported a single case of the coronavirus, in January. The patient recovered.