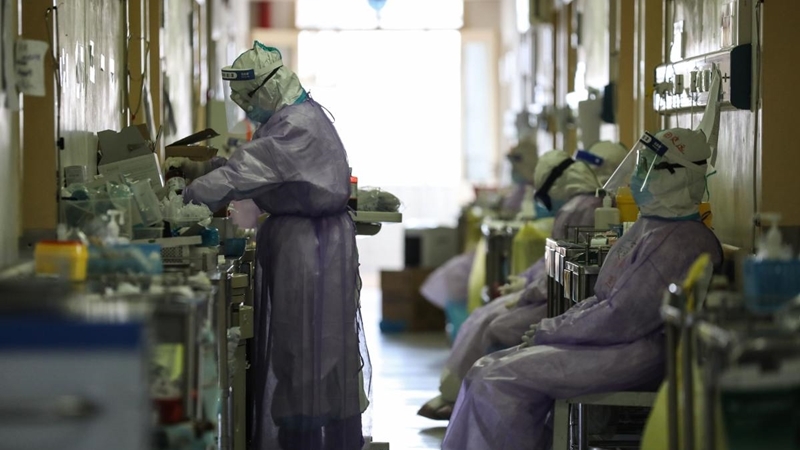 This is the first fatality being reported from Bihar, while second death from Maharashtra. The 38-year-old man who passed away from Bihar was from Munger district, with travel history to Qatar.

Even as India is observing Janata Curfew on Sunday, the death toll from the Coronavirus pandemic in the country has gone up to six with two fatalities being reported from Maharashtra and Bihar. This is the first fatality being reported from Bihar, while second death from Maharashtra. The 38-year-old man who passed away from Bihar was from Munger district, with travel history to Qatar.

Meanwhile, as Maharashtra is already suffering from Coronavirus with the highest number of cases, today a 63-year-old man passed away in Mumbai. He was admitted to a private hospital. This is the second death in Mumbai linked to coronavirus.

The Brihamumbai Municipal Corporation, said in a statement, “The patient had a chronic history of diabetes, high blood pressure and ischemic heart disease. He developed acute respiratory distress syndrome leading to his death.”

The number of coronavirus infections in India soared to 324. Meanwhile, the Railways have suspended all the train services till March 25.

India launched a 14-hour long curfew on Sunday to limit the fast-spreading coronavirus epidemic in the country, where 315 people have been found to have contracted the disease so far.

The prime minister, Narendra Modi, in an address to the nation last week urged citizens to stay indoors from 7am to 9pm Delhi time – a move that he said would be a crucial test for a country to assess its abilities to fight the pandemic.

“Let us all be a part of this curfew, which will add tremendous strength to the fight against the Covid-19 menace,” Modi tweeted minutes before the curfew commenced. “The steps we take now will help in the times to come,’ he said in the tweet.

“There is no cure for this, so we need to remain healthy. We need to avoid crowds and stay home. Social distancing is critical. If you think you can roam around as usual and feel you will not be at risk, this is incorrect; you are endangering yourself and your family,” PM Modi said in his 29-minute address to the nation.

Meanwhile, China reported a new domestic case of the virus for the first time in four days. The case is one of 46 new confirmed diagnoses in mainland China, which is the fourth straight day of an increase.

The Guardian reports, A record 14 were in the financial hub of Shanghai, and 13 were reported in the capital Beijing, a decline from 21 the previous day. As in other Asian nations which had appeared to get their outbreaks under control, China is now fearful of a second wave brought in by people coming into the country.