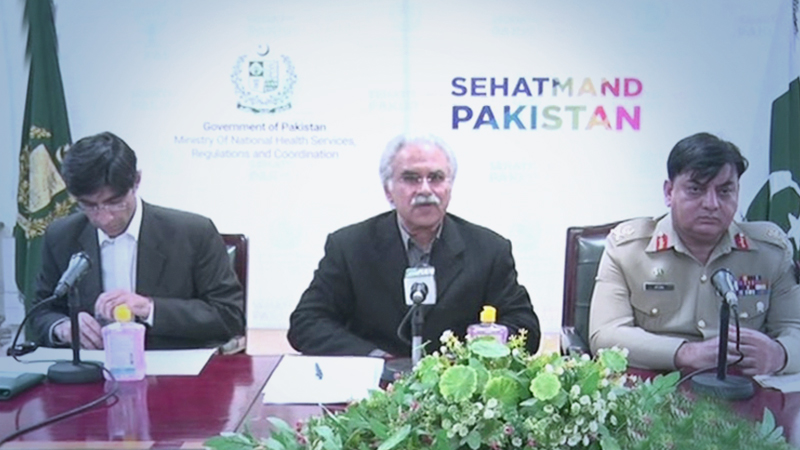 The government on Saturday announced that all incoming international flights to Pakistan will remain suspended for the next two weeks in order to prevent further coronavirus infections from foreign arrivals.

The decision was taken at a meeting of the National Coordination Committee chaired by Prime Minister Imran Khan, Special Assistant to the Prime Minister on National Security Dr Moeed Yusuf announced at a press conference.

Yusuf said Pakistan had last week placed the condition on international passengers arriving in Pakistan to bring with them a negative coronavirus certification.

However, in view of the current situation, a "difficult" decision was taken to ban all incoming international flights to Pakistan, starting at 8pm on Saturday (today), for two weeks until 8pm on April 4, the SAPM added.

The restriction will apply to all passenger, charter and private flights. However, the Pakistan International Airlines (PIA) will be allowed to bring back its planes which are already abroad.

The suspension of flights will also not apply to diplomats and cargo flights.

Yusuf did not state whether outgoing international flights from Pakistan will be affected by the decision.

"We are aware that this [decision] will create difficulties," he said, noting that nearly 200,000 passengers were slated to arrive in Pakistan in the next two weeks. In this regard, Yusuf said all Pakistani missions abroad have been directed to facilitate passengers affected by the decision.

The SAPM said the virus had arrived in the country from abroad and the government could not "risk further infections" from people arriving from Covid-19 hubs.

When international flights to the country resume, passengers will no longer be required to produce Covid-19 negative certification and their screening will be enhanced, he announced.

Yusuf denied reports of an impending lockdown of cities in the country, urging the public to only trust information released by the government.

Special Assistant to Prime Minister on Health Dr Zafar Mirza said yesterday's meeting had emphasised the need for "central coordination and presentation" of data regarding Covid-19's spread in the country.

"There was consensus that there should be complete harmony between the federation, provinces and areas ... and all the chief ministers emphasised the need to work together," he added.

Mirza revealed that 1.4 million people returning from abroad have so far been screened at Pakistan's entry points.

He said there was a need to see the government's efforts to quarantine pilgrims at the Taftan border in a "positive manner" which he said had helped determine the positive cases and the required treatment.

He said 14 labs across the four provinces and Gilgit-Baltistan have been carrying out tests for Covid-19.

Mirza reiterated that that spread of the disease in the country can be controlled through social distancing. He urged the public to use the next three days as "practising time" for self-isolation.

National Disaster Management Authority (NDMA) Chairman Lt Gen Mohammad Afzal said they have advised the provinces to further reinforce their quarantine facilities so that one patient can be kept in one room.

He said hotels in various cities are being booked so that passengers arriving from abroad can be quarantined there.

The NDMA will set up an office at the Pakistan embassy in Beijing, which will speed up the process to procure required equipment from China, Afzal announced.

He said China had sent 10 scanners and 20,000 testing kits to Pakistan last night while nearly 100 ventilators will also arrive from China in the next five days.

He said the authority will procure nearly 80,000 testing kits in the next 10-12 days which can be used to carry out as many as four million tests.