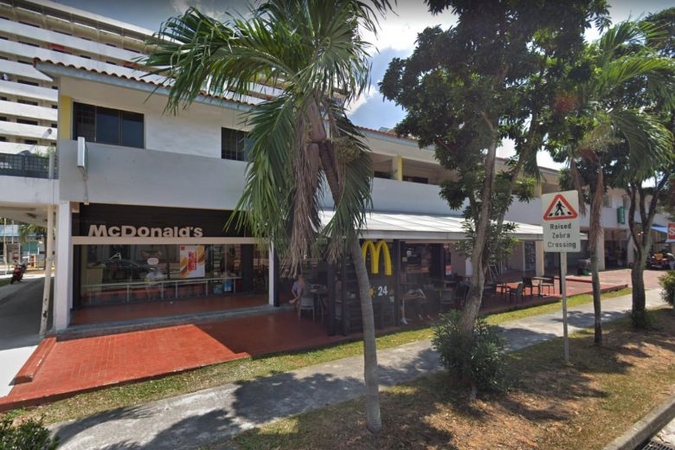 The Geylang East Central outlet of McDonald's is one of the affected branches.PHOTO: SCREENGRAB FROM GOOGLE MAPS

The five work at McDonald's Lido, Forum Galleria, Parklane and Geylang East Central outlets. They have since been quarantined in medical facilities and are being monitored by medical personnel in accordance with Ministry of Health's guidelines.

All other employees who worked at the affected branches have been informed by the company to isolate themselves with a 14-day leave of absence.

"This is a precautionary measure that the company has undertaken for the safety of all employees, regardless of whether they had come into contact with the affected persons; and their daily temperatures and health condition will be closely monitored," said McDonald's Singapore.

The four restaurants have also been deep-cleaned and closed for business till further notice, in accordance with the National Environment Agency's guidelines.

McDonald's Singapore did not specify the gender of the five employees in its statement.

Managing director of McDonald's Singapore Kenneth Chan said: "Our priority now - as it has been since the start of the pandemic - is to keep our restaurants safe for everyone."

He encouraged customers to also wear a mask when visiting McDonald's restaurants for takeaways, adding: "We are determined to stay united with the rest of Singapore to flatten the curve."

- Last day at outlet was April 2

- Visited the doctor on April 3 for a sore throat and fever, and was given a five-day MC

- Visited the doctor on April 9 for a fever

- Is a roommate of Employee 3

- The employee, even though not feeling unwell, went for a swab test on April 10 at the company's request