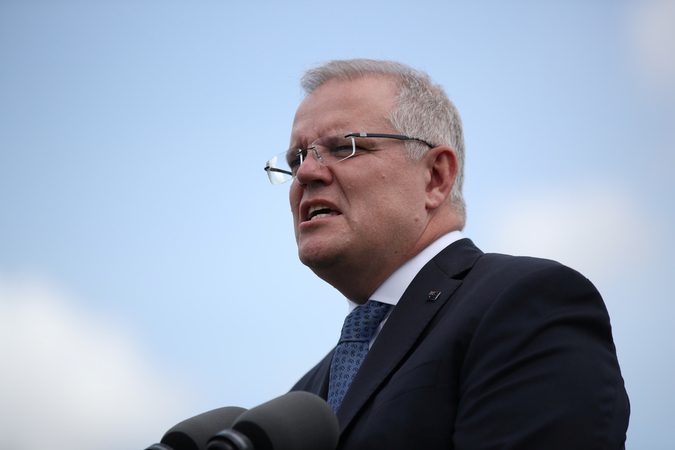 CANBERRA - Australia's Prime Minister (PM) Scott Morrison has warned that the country's social distancing rules could remain in place for a year.

"Social distancing is something we should get very used to for the foreseeable future," said Morrison in an interview with radio station 3AW on Friday.

"It could be a year... but I'm not speculating about that," he said.

Morrison on Thursday announced that social distancing measures would be in place for at least another four weeks.

However, on Friday morning he said that government's advice on staying at least 1.5 meters away from others will remain in place until a vaccine is developed and rolled out.

"Certainly while the virus is prevalent across the world, that (the 1.5 meter rule) should be a natural instinct for us," he said.

He said that before restrictions could be eased, Australia must establish a more robust testing regime and at least 40 percent of the population sign up to a coronavirus tracing smartphone application.

The app will track users' movements and notify them if they have been in recent contact with another user who tests positive for the virus.

"We need to get an automatic, industrial level tracing of the coronavirus," Morrison said.

"We've been working on this automatic process through an app that can ensure that we can know where the contacts were over that infection period and we can move very quickly to lock that down."

"This is the simple deal: if people download the app and more people have got it, the sooner we can start easing off on some of these restrictions," he added.