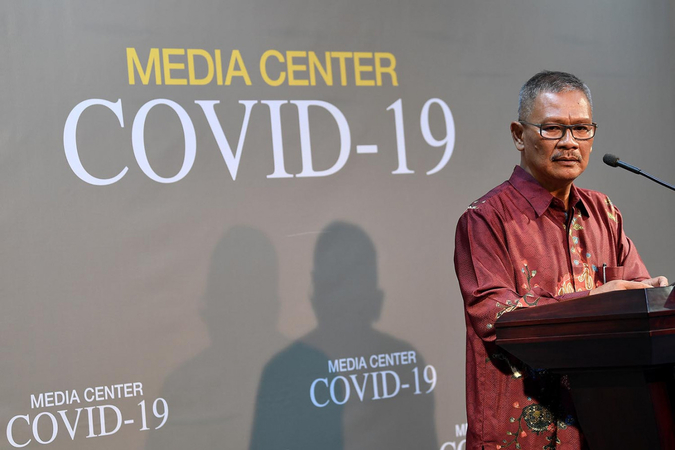 Achmad Yurianto, the government's spokesperson for COVID-19, gives a press statement at the Executive Office of the President in Jakarta on Wednesday. (Antara/Sigid Kurniawan)

Speaking at a press conference on Sunday, the ministry’s disease control and prevention director general, Achmad Yurianto, added that 23 more people had died of the disease, bringing the death toll to 743. The total number of recovered patients has also increased to 1,107.

The virus has spread to all of the country's 34 provinces. (dfr/mfp)