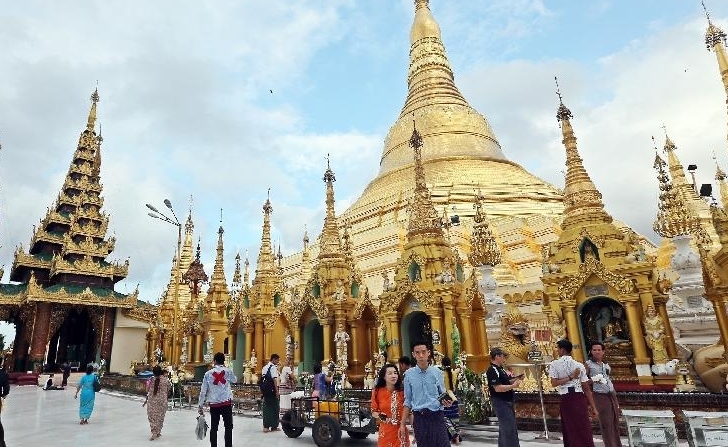 Shwedagon Pagoda is the most notable landmark in Yangon. SIN CHEW DAILY

When Aung San Suu Kyi was freed in 2010, many anticipated better days ahead for Myanmar, and a lot of foreigners, including young Malaysians, made a bee line for the country in search of better prospects.

As a matter of fact, a lot of Chinese Malaysians were already here to do business back in the 1990s. Many even married the locals and settled down here.

Unfortunately, the pace of development has shifted to the slow lane in more recent years. As a consequence, many opted to leave the country, leaving only those who have set up their families or still have a lot to hope for in this country.

Although Yangon's Chinatown is only a dozen of kilometers from the international airport, the drive could take almost an hour due to the city's horrendous traffic.

Malaysians who have lived in the city for more than a decade would tell you Yangon was not like this ten years ago. There was very little traffic back then, but now the streets are jam packed.

Things have changed dramatically since the country opened up to the outside world. A SIM card which cost US$200 seven or eight years ago beyond the reach of most people, will sell for only about a dollar today.

Infrastructure aside, the people's lifestyle has also changed tremendously. Almost every Malaysian we talked to told us the men here used to wear sarong-like traditional costume called longyi when they first arrived here, but now they are wearing jeans and slacks while young women are putting on mini skirts.

Cinema operator Yap Mun Yue told Sin Chew Daily she plied between Yangon and Kuala Lumpur almost on a monthly basis during the past seven years. She said each time she came back to Yangon, the city looked different because it changed so rapidly.

Most Chinese Malaysians in Myanmar live around Yangon and its vicinity. There are two major organizations for Malaysians: the Malaysian Association of Myanmar and the Malaysia-Myanmar Business Chamber.

Former Malaysian Association of Myanmar president Lay Goon said those arriving here earlier were very hard working generally, probably because they were not very highly educated. Of course, there were also some others who speak very good English and have done pretty well in Myanmar.

After the country started to open up to the outside world following the release of Nobel laureate Aung San Suu Kyi in 2010, a new wave of businessmen from Malaysia began to come to Myanmar, including expatriates sent by their companies.

Malaysians are involved in many different industries. For instance, you can see people growing Musang King durian in Myanmar, setting up IT business or exporting seafood to Western countries. Besides, many chain boutiques, dessert shops and cinemas in Yangon are run by Malaysians.

Opportunities abound for Malaysians willing to put in a little more effort. That said, competition has stiffened up in more recent years as foreign investments flock into this country.

"Many people want to go back to Malaysia because it is not that easy to do business here. You need to learn the culture here to survive," said Lay Goon.

Among those who have done well in Myanmar is Chia Wing Huat who came to this country in the 1990s to start his business.

"It was very tough to start a business here at that time, but it was also the easiest time. It was tough because this country was not yet opened up and capital flow was limited. It was easy because there was hardly any competition here."

Chia later married a Myanmar woman and their children all grow up in Myanmar.

Malaysians have actually contributed a lot to the local society. For example when the country was hit by Cyclone Nargis in 2008, Malaysians donated large sums of money to build orphanages. In addition, they also helped set up free clinics and donated ambulances for rural areas.

Although they live far away from their homeland, many Malaysians are sentimentally very much attached to their home country. For instance, many went back to vote in the 2018 general elections while those who stayed back flocked to a local Malaysian restaurant to watch live election results on TV.

When former prime minister Datuk Seri Najib Tun Razak openly supported the Rohingyas three or four years ago, the Myanmar authorities felt offended and accused Malaysia of interfering in the country's internal affairs. Some Malaysian businesses in Yangon were badly affected by public protests but fortunately the incident came to rest eventually.

In addition to the Rohingya refugee issue, Myanmar still has a host of other issues yet to be resolved. Things have not changed for the better as anticipated after Aung San Suu Kyi came to power in 2015.

Whatever happens to Myanmar, many Malaysians are still willing to stay here, in particular those who have settled down for two or three decades. 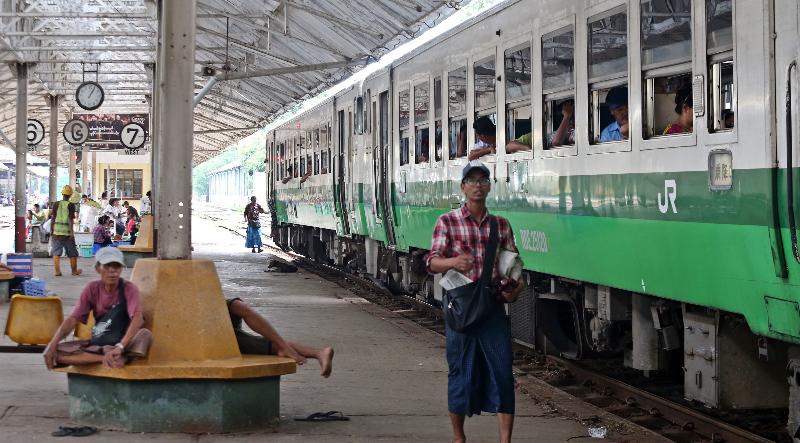