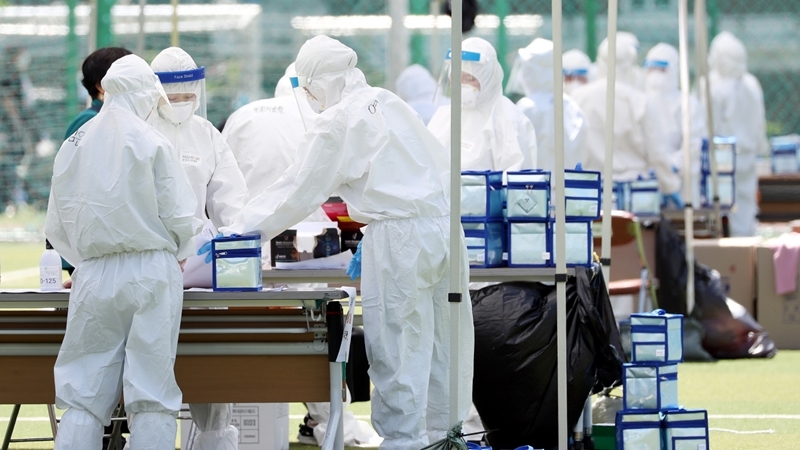 The latest figure continued to show a reversal of the downward trend that reached zero cases in late April with an emergence of a new infection cluster in Seoul’s Itaewon, packed with nightlife entertainment facilities.

Of the 26 new patients, four were imported cases and the rest were domestic infections. The death toll from COVID-19 rose by one to 259.

Seoul saw the largest number of infections with 13 cases, followed by Busan and Daegu, which reported 3 each. Incheon and Gyeonggi Province detected two cases each.

The country logged double-digit increases in daily infections for sixth consecutive days in the aftermath of youngsters’ outings to clubs and bars in Itaewon during a series of public holidays in late April and early May.

Prime Minister Chung Sye-kyun urged Itaewon visitors to voluntarily take virus tests, alarmed by the increasing number of cases traced to the sites. As of Monday, 102 cases have been confirmed who were linked to the Itaewon mass infection, including clubbers and those who have come in close contact with them.

“The government has a goal of finding all visitors within this week for coronavirus tests,” he said.