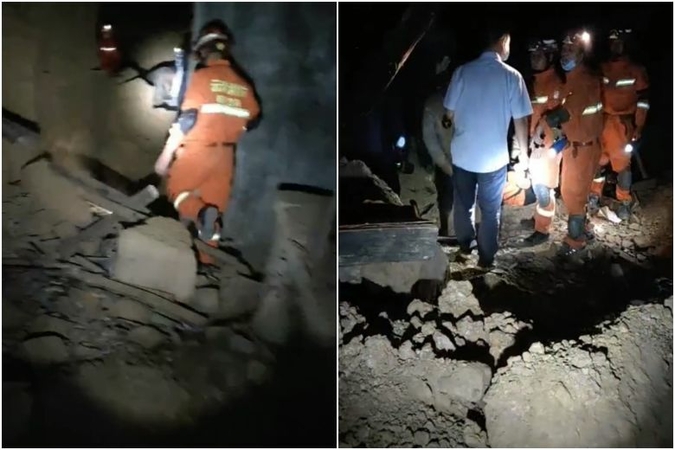 The quake hit near the city of Zhaotong and registered 5.0-magnitude.PHOTOS: SCREENGRABS FROM WEIBO

Four people were killed and another 23 injured when an earthquake shook south-western China's Yunnan province, local authorities said on Tuesday (May 19).

The shallow quake in Qiaojia county struck late Monday evening, the Yunnan government said in a statement on its social media account.

The quake hit near the city of Zhaotong, with a population of over six million, and registered 5.0-magnitude, according to China's government seismology authority.

State news agency Xinhua said on Tuesday that rescue teams including firefighters had been sent to 16 townships.

China is regularly hit by earthquakes, especially in its mountainous western and south--western regions.